New York City Mayor Bill de Blasio has announced the Brooklyn Municipal Building will be renamed after the late US Supreme Court Justice Ruth Bader Ginsburg, a native of the borough of Brooklyn.

The move came in response to a petition set up online by Brooklyn Borough President Eric Adams and signed by more than 100,000 people, calling on the mayor to rename one of the borough’s iconic government buildings in the judge’s honor.

Today, we grieve. Tomorrow, we fight.

RBG ran her mile. Now it’s time for us to pick up the baton and run ours.

It’s also past time we put her name on the Brooklyn Municipal Building to honor this daughter of Brooklyn for her lasting contributions to our country. pic.twitter.com/bM3FH808Tx

“Justice Ginsburg never let you forget she was a Brooklynite. We want—as Brooklynites—to let her know, as she looks down on us, that we will never forget what she has carried on for not only the city, but our entire country,” a spokesman for Adams told Newsweek.

Ginsburg, born in Brooklyn in 1933, grew up in the Midwood section of the borough. She made history as the first Jewish woman to serve on the Court; she died last Friday at the age of 87 after a decades-long battle with metastatic pancreatic cancer.

“What an extraordinary opportunity to say to the people of Brooklyn, ‘Here’s one of your own who changed the world,” de Blasio said in making the announcement. “Here’s someone of, by and for Brooklyn and this city who did the greatest things on the world stage.”

In addition to being honored with the naming of a city building, the justice will also be memorialized with a statue erected in the borough as well, to be designed and then situated by a commission selected by New York State Governor Andrew Cuomo. 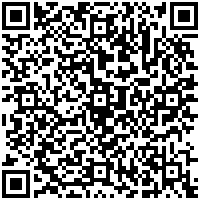