Dov Hikind, a former New York assemblyman and founder of Americans Against Antisemitism, has had enough with New York Governor Andrew Cuomo’s antics.

Last week, he sent a letter to President Donald Trump asking him to “direct the Department of Justice to investigate the Tyrant King [i.e., Andrew Cuomo] for grossly violating Jewish civil rights in New York and bringing irreparable harm to Jews all around the country and world.”


Speaking to The Jewish Press, Hikind said, “The governor is contributing directly to the spread of the virus of anti-Semitism. There’s no two ways about it. We see it, we hear it, we know it.”

He said he’s heard stories of “people who are from Boro Park who work in different neighborhoods” and are getting harassed “because of all the attention from Governor Cuomo and the constant refrain about ‘Jews.’”

He said, “Who do you talk to go to? So we talked to people in the White House. They’re looking at it. We hope they’ll say something very soon publicly, but we need someone to intervene.”

Hikind said he believes in wearing masks and keeping a safe distance from others. But “that’s not the issue,” he said. “Has anyone anywhere else in this country where there have been outbreaks of corona in certain communities blamed any particular group? Has anyone said, ‘It’s the Italians,’ ‘It’s the Catholics,’ ‘It’s the Muslims’? Only with the Jews can you get away with this.”

Hikind also blasted Cuomo’s new book on the coronavirus. “The book is about leadership. The last thing I would accuse this governor of is leadership during corona. We all know what happened in nursing homes.

“How do you take a corona patient and put him into a nursing home with elderly people? You don’t have to be a doctor to know that that is the stupidest thing to do. And the result was thousands and thousands of people dead. So he’s a leader? You have to be kidding me!”

Decision To Arrest The Schneerson Rabbanim 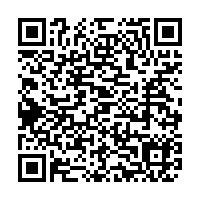