With only a few votes to spare, state lawmakers narrowly approved a measure halting tenant evictions through January 15, 2022. Many Democratic lawmakers sided with Republicans and voted against the measure, which passed the Assembly by four votes and the Senate by six votes.

Hours before the debate started, Assembly and Senate Republican leaders were annoyed about how little information they had received and lashed out at newly-minted Governor Kathy Hochul.


“Here we are passing the first piece of legislation of the Hochul administration and we haven’t seen the bill (just hours before debate started),” said Assembly Republican Leader Will Barclay (R – Pulaski, Oswego County). “There’s nothing transparent about that. They apparently negotiated this behind closed doors. The public wasn’t allowed (in), the Republicans weren’t allowed (in). When the governor says we’re going to be transparent, the most transparent administration. Great, we’ll take her at her word, but she’s got to show it with her actions and right off the bat we haven’t seen those actions.”

To stave off evictions, the state recently received $2.6 billion of federal aid to give to tenants, who can’t pay rent or their mortgage due to lack of income caused by the Covid-19 pandemic. The measure would give tenants additional time to apply for state aid through the Office of Temporary and Disability Assistance (OTDA).

“This legislation protects commercial tenants and building owners from eviction and foreclosure. It also allows for public bodies to continue to hold meetings remotely, so that government business can safely and transparently continue as Covid-19 transmission rates have increased,” according to the bill memo.

The legislature approved an additional $250 million appropriation for supplemental costs associated with this expansion.

“We are committed to making sure that no one loses their home because of the hardship caused by this pandemic and also a financial hardship,” said the bill’s sponsor Senator Brian Kavanagh (D – Alphabet City, Manhattan).

There were several Democrats who voted against the measure.

“I’m opposed to the bill. I don’t see the need for a session,” Senator Simcha Felder (D – Borough Park / Midwood, Brooklyn) told the Jewish Press. “They should make sure to get all the renters paid so they can pay their landlord. Then once that’s done, if they want to talk about an extension I would talk about an extension. The landlords are at the losing end with this moratorium because they are waiting to be reimbursed. The system is not working right and there are no consequences for that currently.”

“Part of the reason this is kicking the can down the road a little further is because of the previous governor’s disastrous rollout of the emergency assistance fund,” noted Senator George Borrello (R – Sunset Bay, Chautauqua County).

“Practically, this bill does nothing; it just kicks the can down the road as has been said numerous times,” said Senate Republican Leader Rob Ortt (R – Tonawanda, Niagara County).

“I do not agree that we are here kicking the can down the road,” Kavanagh contended. “An eviction moratorium is not a rent holiday and we need billions of billions of dollars.”

“We are kicking a dented can down the road once again and what is happening is this policy is highlighting just how ineffective and inept the state government actually is,” said Senator Ed Rath III (R – Erie County).

“The reality is it shows how disconnected from every day New Yorkers we currently are. The fact is there are thousands and thousands of tenants who are simply too lazy to fill out the paperwork to apply for the ERAP program because there is no incentive for them to be a part of the program. You are staying in someone’s home, you are living in their property and there are no repercussions for not paying. There is a desire to eviscerate the rights of property owners and allow people to live rent-free forever.”

The theme about laziness was started by a Broome County senator, which set off fiery words from downstate Democrats who took offense to the characterization.

“The reality is that people aren’t applying because they are lazy and they don’t want to be part of the program,” argued Senator Fred Akshar (R – Binghamton, Broome County). “On the hardship issue, nowhere does it address one’s personal laziness.”

“In the last couple of weeks one of things that I’ve done is knocked on hundreds of doors in my district in the northwest Bronx and guess what, they are not lazy,” Senator Gustavo Rivera (D – Bronx) fired back. “I feel offended by that. Three-quarters of the people did not even know the program existed. These are not lazy people. That is an offensive thing to say. Obviously we need landlords to get their money, but we cannot kick the can down the road. What we’re doing here is giving ourselves a little more time.”

“This is my reality. I’m not suggesting for one moment that my friend from the Bronx experienced what he experienced. I believe, in fact, that he is telling the truth. He is advocating for his constituency,” Akshar said. “I am not sorry that I have offended some people in this room today, because I spoke from the heart and I spoke on behalf of the people that I represent. If we can’t get the money into the hands of struggling New Yorkers in Manhattan or the Bronx, what difference does it make?”

Over in the state Assembly, one Republican lawmaker said this measure gives tenants false hope that eventually their back rent will be written off by the landlords or paid for by the state.

“What message are we sending to society when people who can afford to pay rent are given a free pass?” Assemblyman Michael Fitzpatrick (R – St. James, Suffolk County) rhetorically asked. “Just file a notice of hardship, whether you have a hardship or not and you can live free for as long as we deem it necessary and now we’re going to expand this eviction moratorium. You’re creating a large number of freeloaders. It’s not fair to them. You’re leading them to believe they can get something for nothing and will ultimately get the rent cancelled.”

Another Assembly Republican charged that he would prefer to see meaningful changes to the bill instead of just an extension of the moratorium.

“I hold no more assurance today than I did previously that New York state is going to deal with the rental assistance money that’s being held up just by virtue of government incompetence. The ERAP program has been a colossal government failure of epic proportions,” said Keith Brown (R – Northport, Suffolk County) during the Assembly debate. “Approximately 11 percent ($480 million) of the aid available has been allocated or obligated. Why are we kicking the can down the road? We’re letting the bills just pile up without paying them down. Instead of pushing the same system out to January 15 why are we not coming up with a better system to administer these funds? Landlords provide a valuable service for millions of people from around the state.  We have procedures in place such as landlord-tenant court. We created a system whereby a landlord cannot avail themselves of the very court system that they need to remove a tenant for nonpayment or otherwise.”

Even though he voted against the measure, one Republican lawmaker, who represents Orthodox Jewish communities, said he wants to see the landlords made whole.

“The failure on the part of our state to deliver that much needed assistance is something that truly is shameful,” said Assemblyman Michael Lawler (R – Pearl River, Rockland County) during the debate. “It is my hope, the landlords, who are in desperate need of assistance, that under our new governor the ERAP program, will finally distribute the resources that are much needed and get assistance to both the tenants and landlords ultimately as that’s where the money will go.”

Dozens of Assembly Democrats voted against the measure.

After other extensions have been instituted, some Democrats said they hope this will be the final time an extension will be necessary.

“Overall I think there is more good than bad in it,” said Assemblyman David Weprin (D – Hollis, Queens) who voted in favor of the measure. “Hopefully we will get the money for landlords from the federal stimulus money with getting this money out. There are tenants that are gaming the system and we want to make sure that doesn’t continue to happen. There are safeguards in place to have non-evictions, specifically for those in need and suffering due to the pandemic. There are others who are using this just as an excuse not to pay rent and eventually the court system is going to catch up to them…. In some ways it is true that this is just kicking the can down the road.” 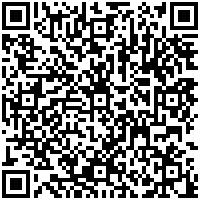