In an email exchange with JewishPress.com, Felder noted that he has proposed legislation mandating that every school entrance be guarded by an armed officer.


“I certainly believe that every synagogue and house of worship should have the same,” he said.

“It’s a fact that in Israel many terrorist attacks have been thwarted by well-trained, armed citizens. Unfortunately, I think the time has come to allow the same here with experts in the field providing directive on the appropriate training,” Felder added.

Chabad of Poway Shooter Sentenced to Life in Prison, Plus 137 Years

The statement comes in response to a lawsuit filed in the US District Court on September 29 by the New York state Jewish Gun Club to overturn the state’s newly passed concealed carry laws.

The legislation prohibits civilians from carrying weapons in places of worship – including synagogues, where the risk of an attack has risen exponentially in the past several years.

US District Court Judge Vernon S. Broderick granted the gun club’s request for a hearing on a preliminary injunction on the law, but denied its request for a temporary restraining order (TRO) to stop enforcement of the law.

The hearing is set for October 28.

The gun club said Monday in a statement issued after the court’s agreement to hold a hearing on the matter, “We look forward to winning our motion for a preliminary injunction but we strongly disagree with the judge’s denial of our request for a TRO. The harm we suffer from the existence of this law is not ‘speculative and remote’ at all, but immediate, real and substantial.

“The court’s refusal to immediately enjoy the law that makesit a felony to possess a firearm in a ‘place of worship or religious observation’ is an affront to religious freedom that disrespects the reality of religiously observant people of all faiths.”

Plaintiffs in the lawsuit are Steven Goldstein, president of Congregation Bnei Matisyahu in Brooklyn, and Meir Ornstein, a resident of Rockland County.

Former nursing student John Earnest opened fire with an assault rifle inside Chabad of Poway during Passover services on April 27, 2019, killing 60-year-old Lori Gilbert Kaye, a longtime congregant at Chabad. Two others were injured in the anti-Semitic attack and the synagogue’s rabbi, Yisroel Goldstein, lost a finger in the shooting.

Robert Bowers, 46, slaughtered 11 Jews as they listened to a sermon inside the Tree of Life synagogue in the Squirrel Hill neighborhood on October 27, 2018, opening fire with an AR-15 assault rifle at the members of the congregation.

US District Judge Robert Colville said in June of this year (2022) that he anticipates that Bowers’s trial would take place in 2023, most likely between April and June.

The New York State Jewish Gun Club has filed an application for an emergency injunction to stop the state from enforcing the part of the new law that designates places of worship or religious observation as “sensitive places” in which carrying a licensed firearm is illegal, with severe criminal penalties.

The so-called “sensitive areas” include – but are not limited to – New York City’s Times Square, bars, libraries, schools, parks, government buildings, hospitals, churches, synagogues and other places of worship.

Violators will be charged with a felony offense under the new law.

“The plaintiffs argue that the Concealed Carry Improvement Act, signed on July 1, 2022, specifically targets people of faith by threatening them with arrest and felony prosecution if they carry their firearm while engaging in religious observance. Furthermore, the new gun law makes their members ‘vulnerable to hate and violence,’ The Legislative Gazette reported this past weekend.

The gun club’s attorney, Cory Morris, noted in the lawsuit that the Concealed Carry Improvement Act targets those legally carrying a firearm in churches, synagogues and other places of worship, rather than the criminals who attack them.

“This legislation not only ensures that the surge in religion-based hate crimes will continue, but turns worshippers into sitting ducks,” Morris warned. 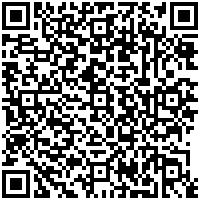