The plan comes in the wake of 13 anti-Semitic incidents in a three-week period, including an hours-long domestic terror attack at a kosher supermarket in Jersey City that left two Chassidic Jews, a non-Jewish worker and a 15-year veteran of the local police force dead in addition to the two assailants. This past weekend five Chassidic Jews were stabbed in another anti-Semitic attack, this one at the home of a Chassidic rabbi in Monsey, New York by a man wielding an 18-inch-long machete. Among the wounded was a 70-year-old man who remains in critical condition.

The move, designed to combat a rise in anti-Semitic hate crime, was welcomed by many in the city’s Jewish community.

But the move was also criticized, ironically, by the ethnic brethren of those it is intended to protect: liberal, left-leaning Jewish groups who contend the new measures will “further divide” communities instead of work to bring them together.

Jewish Voices for Peace focused their attention on white nationalists, not that white nationalist attacked any Chassidim in Brooklyn or Jersey City these past few weeks. And then, presumably referring to the police, said the police are killing their friends, families and neighbors.

We know we have to address rising white nationalist violence – against Jews, Muslims, Black people and all people of color – while not relying on the very forces detaining and locking up and killing our friends, family & neighbors.

Another leftwing group, Jews for Racial & Economic Justice, also focused on the white supremacists (who were not attacking the Jews of Brooklyn and Monsey), and denounced additional police on the streets.

“Our response to anti-Semitic violence must focus on building solidarity with other groups targeted by white supremacy, not increased policing,” tweeted the Jews for Racial & Economic Justice group.

The group was well represented at the eighth night Chanukah candle lighting at Brooklyn’s Grand Army Plaza, writing in a tweet following the event, “Jews of all denominations surrounded and celebrated Chanukah with Haredi and Hasidic siblings. POC & Muslim volunteers surrounded all of us in protection.”

More photos from last night’s solidarity action. Jews of all denominations surrounded and celebrated Chanukah with Haredi and Hasidic siblings. POC & Muslim volunteers surrounded all of us in protection. NY will #LoveAndProtectEachOther ?@giligetz pic.twitter.com/04pGiRMoQR

“This is what dividing vulnerable communities looks like,” Jews for Racial & Economic Justice” wrote in a separate tweet. ““Instead of investing in restorative solutions that prioritize the safety of all communities, [De Blasio] is implementing a plan that treats abuse of black and brown communities as the answer to anti-Semitic violence. It isn’t.”

Audrey Sasson, executive director of “Jews for Racial and Economic Justice” told the Democracy Now! global independent news program, “We believe that the answers to what is happening is not more policing, necessarily, or not policing as the only response.

“Anti-Semitism is on the rise. It is in the water. It is being fueled by a white nationalist administration,” she contended in what seemed to be a reference to the Trump administration.

“Our approach and the approach of grassroots community organizations to hate crimes is actually to think about what our preventive and restorative and repair approach is. So we’re part of this coalition of grassroots groups, nine groups across the city, representing all targeted communities — Muslim, Jewish, LGBT and beyond — who are seeking together a way to decriminalize — to reduce our reliance on police, which right now is the only answer.”

Sasson said that while everyone wants and needs to be safe, and while that is everyone’s right, “bringing more police into communities of color, where there are also largely more white Jews living alongside black people, is going to overcriminalize . . . that community.” Her group believes that will reduce the security and safety of those who live there, she told listeners.

“For hate violence, the Hate Violence Prevention Initiative is looking to think about hate crimes from the perspective of what is the root of it and how do we bring Teshuvah, which is a Jewish term of repair, so enacting more restorative justice, more community control and bringing a whole other lens to hate violence,” Sasson said.

De Blasio told journalists as the news conference in which he introduced his security measures that “The story of Crown Heights bears remembering right now. It took constant dialogue and constant effort to reach residents of the community, particularly our young people, and it took painstaking work. But the division was healed and it has been changed into a community where people work together.”

To a great extent, that is so, and it was to the sole credit and gritty determination of then-Brooklyn Borough President Howard Golden that the “Crown Heights Coalition” – the forum for those dialogues — actually survived its first year despite the constant clashes.

But it is also instructive – and perhaps a lesson in caution – to note that despite more than a decade of dialogue and really hard work – the Coalition’s accomplishments were more political than concrete, and at the end of the day, Crown Heights remains a neighborhood largely divided.

This past year has been, again, one in which anti-Semitic attacks on the street have risen sharply despite the dialogues and political safeguards that were put into place more than 20 years ago. Once more, Jewish children, teens and adults in Crown Heights do not feel safe and there is the feeling among residents that it’s not a matter of ‘if’ but rather, ‘when’ the next attack will come.

Sadly, it is also worth noting this weekend’s Chanukah machete attack suspect spent his boyhood on the streets of Crown Heights from 1985 to 1992, the worst years of anti-Semitic hate and incitement fed to crowds by rabble-rousers Sonny Carson and Al Sharpton.

There are current and former residents of the neighborhood who suffer from post-traumatic stress disorder (PTSD) to this day as a result of the three-day pogrom incited by Professor Jeffries in response to a tragic motor vehicle accident that killed a child in the African American / Carribean American community. Within hours, a rabbinical student was stabbed to death in revenge with thousands of rioters screaming “No Justice, No Peace.” 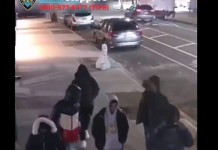 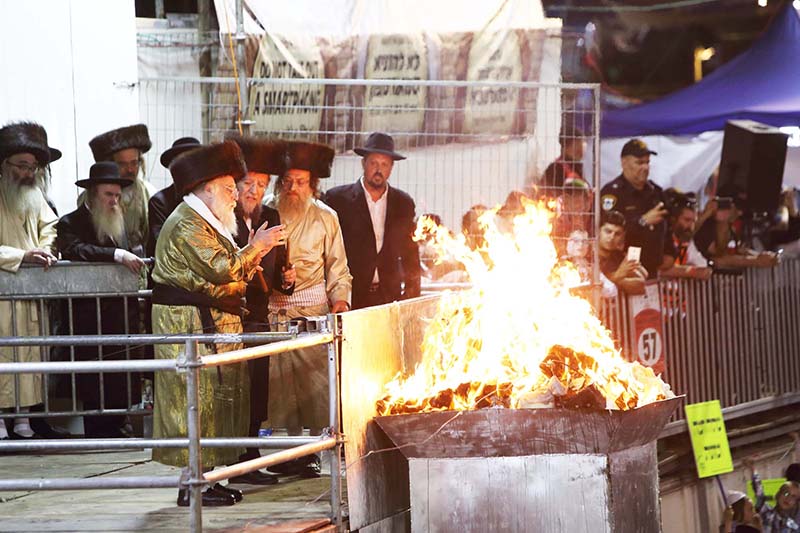 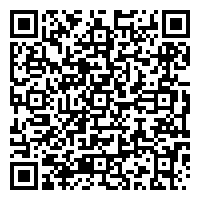