Since his March 25th Executive Order setting regulations for nursing homes and long term care facilities, Governor Andrew Cuomo has maintained that when read carefully the order did not mandate that nursing homes admit or readmit patients with the coronavirus. The governor said if the nursing home operator could not properly care for a patient, they should tell officials with the state health department and the patient would be moved to a more appropriate setting for care.


Some patients were transferred to hospitals, but tracking the ill patients became problematic so the state legislature launched an investigation featuring Dr. Howard Zucker in the hot seat front and center.

The first of two legislative probes into the matter occurred Monday, August 3, with 13 members from both houses (seven Senators and six Assemblymembers) and three committees – Health; Aging; and Oversight, Analysis and Investigations – participating.

With 6,400 nursing homes deaths officially on the record, Senator James Skoufis (D – Woodbury, Orange County) was concerned how a nursing home patient who loses his/her life in a hospital is counted.

“It perplexes me that in an administration that has prided itself, and rightfully so, over these past five months for making data driven decisions that you don’t have this fundamental information,” said Skoufis scolding the health commissioner. “You do have, based on your report that came out last month, data that speaks to nursing home residents that were recovered from hospital stays and discharged back to nursing homes, but you’re not able to track how many nursing home residents didn’t recover.”

For his part Zucker, who is also an attorney, wanted to make sure the nursing home patients in hospitals are not counted twice – as a hospital death and a nursing home death.

“I want to make sure it (where the death took place) is absolutely accurate because when we ask the nursing homes for information sometimes they provide information that dates back to December 2019, obviously before coronavirus was here as we understand it. They (the nursing home operators) also sometimes provide nursing home data that was on a particular day but it wasn’t accurate to that specific day. I need to be sure that that information is accurate and correct.

“This is a serious issue of making sure when it comes to the deaths of individuals of nursing homes, and I’m not prepared to give you a specific number. When the data comes in and I have an opportunity to piece through that then I will be happy to provide that data to you and the other members of the committee,” Zucker said.

The answers from Zucker also did not sit well with Assembly Health Committee Chairman Richard Gottfried (D – Midtown Manhattan), who has been in the Assembly for 50 years.

“The Department still has not revealed the number of people who were transferred from nursing homes to hospitals and then died there,” Gottfried said. “We need to know this, as well as to know which nursing homes had higher rates of infections and deaths. That data will be key to knowing what was done wrong or right and the impact of state policies and facility practices. The health department needs to know this, and so does the public.”

Gottfried was also dismayed when he found out at the hearing that “the Health Department regularly consults with industry trade associations but not the organizations that represent and advocate for the rights of residents and their families. An example of that would be visitation policy, which is still tragically confusing for residents and their families. Advocates have offered model protocols without response from the Department.”

Assembly Republicans also pounced on the lack of information forthcoming from the commissioner.

“The health commissioner failed to provide the legislative committees with basic information, such as a complete number of Covid-19 deaths in nursing homes, also claimed he did not have the controversial March 25th DOH order with him at the hearing, and provided no answer why the order was removed and has been missing from the DOH website for months,” according to a general statement from Assembly Republicans.

“Unfortunately, the state health commissioner was ill-prepared, intentionally evasive and left the room before lawmakers finished their questions,” said Assembly Republican Leader Will Barclay (R – Pulaski, Oswego County). “This (testimony) was little more than a regurgitation of power point slides we’ve seen before, and a Department of Health report developed to defend its own actions. Approximately 6,300 lives were lost in these facilities, and families deserved more than rushed testimony from the state officials responsible for the Covid response.”

“What he provided amounted to lip service,” said Kevin Byrne (R – Mahopac, Putnam County), the ranking Republican on the Assembly Health Committee. “This administration has been presenting a narrative that its actions in our nursing homes and adult care facilities were appropriate and effective. If that is truly the case, the health commissioner should have answered every question and provided basic information, rather than cut short his testimony and leave the hearing after roughly two hours. This was a disservice to this forum and to New Yorkers seeking answers. In the end, the lack of answers from the DOH only reinforces the need for a truly independent investigation into the matter.”

Besides the state health department, the panel of lawmakers “heard testimony from patient and family advocates, the long-term care industry and labor advocates on staffing levels, funding, oversight, and resident rights that were serious concerns long before Covid-19,” Gottfried noted. “Witnesses spoke of the pain of losing loved ones to Covid-19, especially when they were cut off from contact to patients in nursing homes and other health care facilities. Long-term care workers described their struggle to treat patients while ensuring their own safety and the health of their own families.”

A second and final hearing is set for Monday, August 10. 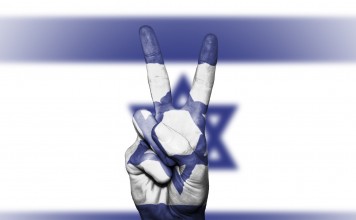 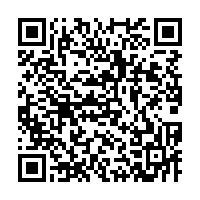