(JNS) Slated to be the cornerstone of New York State’s social-justice reform in 2020, a new law that eliminates bail for misdemeanors and some felony crimes has come under increasing scrutiny, in part because of the uptick in anti-Semitic attacks.

Proponents of the new bail-reform law, which went into effect on Jan. 1, say it will address racial and economic imbalances in the justice system throughout the state. They maintain that an overwhelming number of those incarcerated are poor individuals or African-Americans who cannot afford bail. Others note the high cost to taxpayers for housing and caring for those incarcerated as they wait for their day in court.

As New York Civil Liberties executive director Donna Lieberman said in a press release at the end of December, “The end of this decade marks a new dawn for justice in New York. The bail, speedy trials and discovery reforms set to take effect this year will mean that thousands of New Yorkers who are presumed innocent of the misdemeanor and nonviolent felony charges they face will no longer be forced to sit in jail awaiting trial.”

Critics, however, say that the pendulum has swung too wide, and individuals are being released despite posing a danger to others, including some who have been accused of committing anti-Semitic crimes. In one case, a woman was arrested in late December for allegedly assaulting and cursing at three Jewish women in the borough of Brooklyn. As the bail-reform law was just about to go into effect, Tiffany Harris was released without bail. She was rearrested days later after allegedly attacking another woman, released again without bail, and then arrested again for another crime.

Harris isn’t the only one who has already been back and forth to court. Others include a burglary suspect in New York City and a drunk driver in Upstate New York.

According to an analysis by the Center for Court Innovation, of the 200,000-plus criminal cases arraigned in New York City in 2018, only 10 percent would have been eligible for money bail under the new law.

“The recent bail-reform law passed by the New York State Senate is a legislative package that was passed in dark of night without any consultation on a meaningful level with prosecutors, judges, police [and] sheriffs across the state,” New York Deputy Police Commissioner of Intelligence and Counterterrorism John Miller said last week during a congressional hearing on federal security funding. “What it means for us in New York City is that an entire laundry list of serious crimes has become expressly prohibited by law for a judge to remand someone or set bail.

“Cynics have long talked about the revolving door of justice,” continued Miller. “This is no longer cynicism; this has become a reality.”

Given the rise of anti-Semitism in Greater New York and around the country, the fear that assailants will be released remains of significant concern to members of the Jewish community. Indeed, in the hours after the Dec. 28 machete attack on Jews at a rabbi’s house in Monsey, N.Y., Twitter was filled with people denouncing the bail-reform law.

“And the bad guys know it,” continued Hikind, also the founder of Americans Against Antisemitism. “They know that they can get away with so much in terms of committing these crimes that have put the Jewish community in a state of—I’ve never seen anything like it to be honest—where people are afraid. People are concerned.”

“What’s going on in the streets is absolute havoc,” he said.

“Judges ought to have the discretion depending on the facts of the case, to set bail, to ensure … and to signal these are not sort of administrative offenses that aren’t all that serious,” he said. “Bail today is only available in the most serious crimes. We think hate crimes ought to be in that category.”

A multi-pronged approach to combat hate

Given the new scrutiny being given to the law, Albany’s lawmakers are listening.

“As a Jewish political refugee, to see such an uptick of anti-Semitism in this country, in this state, is really heartbreaking,” said State Sen. Anna Kaplan, who was born in Iran and came to the United States as a child, told JNS last week during an interview. “I think anti-Semitism has been a plague for generations as far back as we can go, but it is this generation that needs to take a stand and do more than just speak about it.”

Kaplan said she’s heard from her constituents on Long Island, N.Y., who have expressed concerns about the bail-reform law and the steady increase in hate and bias crimes. She’s taking a multi-pronged approach to combat hate, introducing four bills that she hopes will mitigate the levels of bias incidents in the state. Among the legislation she’s proposing is an educational curriculum on discrimination and the prevention of anti-Semitism, in addition to a law that, if passed, would allow a defendant’s previous declarations or statements to show they intentionally committed a hate crime.

She has also introduced legislation that would require the department to provide for pretrial mental-health and substance-abuse screening for those who qualify for release without bail. “In a lot of these incidents, like the one in Brooklyn, this is a woman suffering from mental illness,” said Kaplan, “and if we try and tackle that, we will get much further with this and our public safety.”

Also working to address the problem is Democratic Assemblyman Simcha Eichenstein, who represents the heavily Jewish neighborhoods of Borough Park and Midwood in Brooklyn, N.Y. Earlier this month, he introduced an amendment to bail reform that would classify hate crimes as a “qualifying offense,” giving the courts leeway to affix bail or keep in custody people charged with such incidents. (Kaplan is one of the co-sponsors of the bill in the State Senate.)

State Sen. Andrew Gounardes, who also represents parts of Brooklyn, is the bill’s lead sponsor in the state senate and thinks that it’s an easy fix to the bail-reform law.

“I believe that an exemption for hate crimes to bail-reform laws is a common-sense fix that should have been included in the original negotiations last year. Especially given the recent spate of anti-Semitic crimes, this is an important change,” said Gounardes, noting that he also co-sponsored Kaplan’s bill.

Such measures, he said, “would divert people to the mental-health services they need, ensuring they get treatment instead of worsening behind bars.”

“Our communities are wonderfully diverse, with people of all races, religions and walks of life,” he added, “and we must safeguard that.” 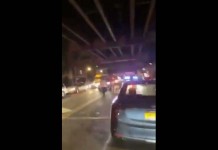 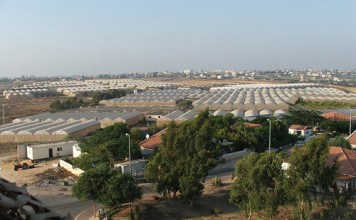 Gush Katif: What About Jobs?