The package of new laws — drafted in close collaboration with the Legislature — is devised to align with the Supreme Court’s recent decision in NYSRPA v. Bruen, which further loosened the nation’s gun laws.


The Supreme Court’s 6-3 decision ended a 100-year legal precedent requiring individuals to demonstrate “proper cause” to obtain a license to carry a concealed firearm. The existing law gave discretion to the state and its licensing officers in determining what constitutes “proper cause”, which the court cited as unconstitutional. Governor Hochul has worked closely with the legislature to devise the following Legislation (S.51001/ A.41001), which carefully and strictly regulate concealed carry weapons while staying within the confines of the NYSRPA vs. Bruen decision.

In response, New York has taken steps to address the consequences of the Supreme Court decision and the resulting increase in licenses and in the number of individuals who will likely purchase and carry weapons in New York State, Hochul said.

“A week ago, the Supreme Court issued a reckless decision removing century-old limitations on who is allowed to carry concealed weapons in our state — senselessly sending us backward and putting the safety of our residents in jeopardy,” she said.

“After a close review of the NYSRPA vs. Bruen decision and extensive discussions with constitutional and policy experts, advocates, and legislative partners, I am proud to sign this landmark legislative package that will strengthen our gun laws and bolster restrictions on concealed carry weapons.”

The governor thanked Majority Leader Stewart-Cousins, Speaker Carl Heastie, and partners in the Legislature “for their willingness to take on this critical issue with urgency and precision. I will continue to do everything in my power to combat the gun violence epidemic.”

Research has shown that violent crime involving firearms increases by 29 percent when people are given the right to carry handguns, caused in part by a 35 percent increase in gun theft and a 13 percent decrease in the rate that police solved cases.

Senate Majority Leader Andrea Stewart-Cousins said, “States are the last line of defense, which is why we are stepping up to protect New York from being easily flooded with concealed weapons and keeping firearms out of the wrong hands. These measures, in addition to the previous anti-gun violence legislation we passed, are vital in a time when there are more guns than people in America.”

Speaker Carl Heastie said, “In the wake of the Supreme Court’s dismantling our more than 100-year-old sensible concealed carry law, the Assembly Majority worked tirelessly alongside our Senate colleagues and the governor to ensure that our state has the strongest gun laws possible. We will not let this ruling make our streets less safe. Here in New York, the right to feel safe in public spaces is not secondary to unfettered access to firearms.”

The law also makes ‘no carry’ the default for private property, unless deemed permissible by property owners. This empowers business and property owners to decide whether or not they want guns in their establishments, which could include bars, restaurants, shops or grocery stores.

Applicants who have documented instances of violent behavior will be disqualified from obtaining a concealed carry permit. Disqualifying criteria also includes misdemeanor convictions for weapons possession and menacing, recent treatment for drug-related reasons, and for alcohol-related misdemeanor convictions.

Ammunition Background Checks
The legislation allows the state to conduct and have oversight over background checks for firearms and run regular checks on license holders for criminal convictions. State background checks will go beyond those conducted by the National Instant Criminal Background Check System maintained by the FBI, which lack access to crucial state-owned and local-owned records and databases that provide a more accurate assessment of an applicant’s background.

Body Armor Amendment
Under current law, a “body vest” has a limited definition as a bullet-resistant soft body armor. The new redefines body vests to encompass a broader array of protective equipment that is bullet resistant, expanding current purchase and sale prohibitions to include hard body armor. During the Buffalo tragedy, the shooter was wearing a steel-plated vest which would be captured under the new body armor definition. 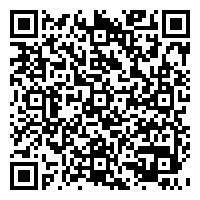