The New York City Police Hate Crimes unit is investigating two attacks Friday night on Jews in the Brooklyn Jewish community of Williamsburg. One of the attacks was caught on video, showing a gang creeping up from behind, with one of the group then walloping a Jewish man in the head before fleeing the scene.


The blow knocked the man’s Shtreimel off his head as he lost balance. This incident was reported to have occurred between Marcy Avenue and Stockton Street.

“The second of these incidents is reported to have occurred in the same located, but limited details are currently available,” the organization said.

In the second attack, New York City Council Member Lincoln Restler (33rd District) of Brooklyn reported that swastikas and graffiti were spray painted on a yeshiva school bus in the neighborhood, near the corner of Division and Rodney Streets.

Both incidents are under investigation as hate crimes, the NYPD said.

Clearer footage of the assault, in a possible hate crime, if you have more information contact @WspuShomrim and @NYPD79Pct pic.twitter.com/9ntP2rYb3z

City Council Member Chi Osse, representing Bed-Stuy and North Crown Heights, wrote in a tweet that he was in contact with “community stakeholders” over the attack. “Antisemitism has no place in my district, or anywhere for that matter,” he wrote. “No person should be assaulted because of their religion. Absolutely no one.”

Once again, antisemitism has no place in my district, or anywhere for that matter. No person should be assaulted because of their religion. Absolutely no one.

I am in communication with community stakeholders on this matter.pic.twitter.com/Y1vD1lU6rt

City Council Member Ari Kagan called the attacks “disgusting, terrible and unacceptable,” and called on “all decent New Yorkers” to unite “against hate and antisemitism.”

New York State Assembly Member Emily Gallagher (50th District), representing Greenpoint, Williamsburg, Clinton Hill/Navy Yard, said the attacks were “absolutely deplorable and unacceptable,” but as did the others, she added, “unfortunately, with the recent increase in violent and hateful acts of antisemitism, no longer shocking. It must stop now,” she added.

Democratic District Leader for the 48th Assembly District David Schwartz, representing the Brooklyn Jewish neighborhood of Borough Park and parts of Midwood, commented that he was “already losing count on how many antisemitic incidents occurred over the weekend in the Hasidic area in Williamsburg.”

The New York-based Anti-Defamation League (ADL) announced it is offering a reward of up to $7,500 for information leading to the arrest and conviction of the attackers in both incidents.

“The Jewish community is on extreme edge and this violence has got to stop. It is becoming normalized, and we simply cannot accept that as the state of affairs.

“We hope to gather information about these incidents and garner widespread community support to put an end to this violence,” Richman added. “Anyone with information about this incident is encouraged to call NYPD Crime Stoppers Hotline at 1-800-577-TIPS.” 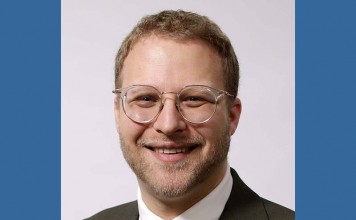 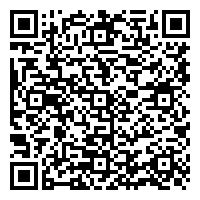