New York’s Finest are searching for a man who used a hammer on Friday to smash windows at a Starbucks in Manhattan after posted antisemitic notes filled with hate on the building.

The notes said: “Get out of my country” and “Ban Israel” and “Move away from Egypt.”

**WANTED- Criminal Mischief**
On July 28th, this individual used a hammer to shatter the windows of Starbucks located at 593 9th Avenue in Chelsea. He also left behind these handwritten anti-Jewish statements. Contact 1 800 577-TIPS, @NYPDTips pic.twitter.com/fsUh9TrZYF

All of the hateful epithets were written in capital block letters, with what appeared to have been a black pen.

The incident took place at the Starbucks on 9th Avenue in the Chelsea neighborhood of Manhattan.

That same day, detectives from the NYPD Warrant Squad arrested a man in Crown Heights, Brooklyn, on charges of aggravated harassment as a hate crime.

The charges stem from the man’s antisemitic threats and finally, his physical attack on a group of Jews on the corner of Utica Avenue and Lincoln Place.

**WANTED- Aggravated Harassment**
The pictured perpetrator made threatening, anti-Jewish statements to several individuals at the intersection of Utica Avenue – Lincoln Place. Upon recording the incident, the perpetrator pushed the victim and later fled in the vehicle below. pic.twitter.com/TwoC3iCsd8

Just two days earlier, on July 27, a Jewish man was attacked on the NYC subway. The attack took place just a few hours after the Americans Against Antisemitism organization released a report on the effectiveness – or lack thereof – of the city’s district attorneys in prosecuting violent criminals.

This man was violently attacked yesterday on the NYC subway because he's Jewish just hours after @AmericansAA released its damning report showing that NYC DAs are derelict in their duty to prosecute violent criminals.

There must be consequences for violence or it will get worse! pic.twitter.com/frMdepofjh

Earlier this month (July 6) the NYPD Hate Crimes Task Force made an arrest in the theft of a yarmulka from a six-year-old child at 11 o’clock in the morning, in front of 1005 Bedford Avenue in the Williamsburg section of Brooklyn, a Hassidic stronghold. 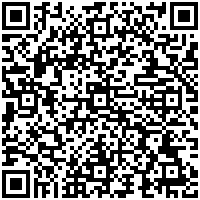