An attack on the Jewish community in New York was foiled on Saturday morning after two armed suspects were arrested at Penn Station, according to a tweet by NYPD Commissioner Keechant L. Sewell.

Today, we’re extremely grateful to NYPD investigators and our law enforcement partners who uncovered and stopped a threat to our Jewish community. This morning’s arrests in Penn Station and weapon seizures are proof of their vigilance & collaboration that keeps New Yorkers safe. pic.twitter.com/p7ptKPgBSj

Christopher Brown, 21, of Aquebogue in Suffolk County, was arrested and face charges that include making a terroristic threat, aggravated harassment, and criminal possession of a weapon, according to a report by Bronx News 12. Brown had allegedly posted online that he planned to attack a synagogue. Matthew Mahrer, 22, of Manhattan, is facing weapons charges.

One of his posts allegedly said, “Gonna ask a priest if I should become a husband or shoot up a synagogue and die,” according to a CNN report. Another post mentioned, “big moves being made on Friday.”

The suspects were found armed with a hunting knife, a ski mask, and a swastika armband in their possession. An illegal Glock 17 and 30 bullets were reportedly found in the Mahrer’s Upper West Side apartment, though it is unclear which one of the two owned the gun since both had recently been there and had left it there in a knapsack, according to the CNN report. 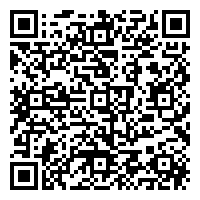