Hurricane Henri, a tropical storm upgraded to a Category 1 hurricane as of Saturday afternoon (Aug. 21), was barreling straight towards Long Island, New York, and southern New England, the US National Hurricane Center (NHC) of the National Weather Service reported.

As of 2 pm Saturday, the NOAA / NHC said that Henri was “moving faster” and warned of “a dangerous storm surge, hurricane conditions and flooding rainfall” that forecasters said was likely to hit “portions of the northeast United States beginning late tonight or early Sunday.”


Storm surge of up to five feet is possible, according to NBC News, which also broadcast a live storm tracker, below, on YouTube.

Henri, located about 395 miles (635 kilometers) south of Montauk Point on Long Island, was moving north-northeast at 17 miles per hour (27 kilometers per hour) with a top wind speed of 75 mph, on Saturday afternoon.

In New York, Governor Andrew Cuomo declared a state of emergency in advance of Henri’s arrival, calling up 500 National Guard Troops. “State assets have been prepositioned for storm response efforts,” Cuomo wrote in a tweet.

Cuomo added the effects of Henri could be as devastating in some areas as Superstorm Sandy was 2012. “We have short notice. We’re talking about tomorrow,” he said. “So if you have to move, if you have to stock up, if you have to get to higher ground, it has to be today. Please.”

Superstorm Sandy in 2012 caused such widespread and terrible damage in some places that repairs have yet to be completed – including projects to protect area residents and businesses against future storms.

For Long Island and Connecticut, this will be the first hurricane to directly hit the areas since Hurricane Gloria in 1985.

People in New England began taking their boats out of the water, boarding up windows and other preparations.

As of midday Saturday, the storm’s trajectory placed it on course to hit a long stretch of coastline, with hurricane warnings extending from Fire Island, across The Hamptons and all the way up to New Bedford, Massachusetts.

Residents and visitors in Fire Island were urged to evacuate, The Associated Press reported. The last boats out were slated to leave at 10:40 pm Saturday.

“If they do not leave the island today, they will be stuck on the island and we do not know what kind of conditions they may be facing,” said Suffolk County Executive Steve Bellone.

High winds and possibly dangerous tidal surges were expected to affect the popular New Jersey shore and as far east as Cape Cod, a treasured summer vacation spot for millions of people yearly.

The last hurricane to directly strike most of New England was Hurricane Bob 1991. 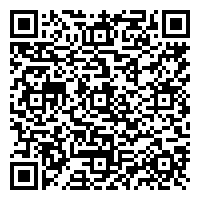