NEW YORK—Hurricane Sandy stormed into New York and New Jersey with unmitigated force, carrying death and destruction, disrupting lives, and devastating neighborhoods in America’s most densely populated regions – which happen to be home to some of the country’s largest Jewish populations.

In response, the Jewish community banded together to meet immediate needs and plan for a long-term revival.


Cheryl Fishbein, chair of the Emergency Committee of the Jewish Federations of North America (JFNA), told JNS.org Sunday that the Jewish Community Relations Council of New York (JCRC-NY) is working on insurance – or lack thereof – issues.

“We’re pulling together, recognizing that people have really been demolished,” Fishbein said.

“The entire community – religious, not religious, left to right, Chabad and secular, synagogues, organizations – everybody is under the tent, a tent that stretches as big as it can possibly be,” she said. “People need to know we’re out there, checking on one another, making sure everyone is safe.”

Carol Goldstein, president of the Marks Jewish Community House in the Bensonhurst section of Brooklyn, detailed the work being done by volunteers and staff. “I’m so proud to be part of an agency that exemplifies the Jewish belief we are responsible one to another,” she said.

“I applaud the efforts of the volunteers of the community,” he said. “The response is unprecedented. People of all ages from all over Brooklyn have given their time, energy, knowledge, language skills and more to make sure care is taken of everybody from seniors to kids.”

Several Jewish communal organizations joined together to create the The Emergency Sandy Chesed. The fund will be managed by Chevra Hatzalah with the support of local Hatzolah groups, Shomrim, Misaskim, Chaveirim, Met Council on Jewish Poverty, Yad Ephraim and neighborhood Jewish community councils.

Volunteers from synagogues and Entwine, the American Jewish Joint Distribution Committee (JDC) young leadership program that usually works in eastern European Jewish communities, were on the ground in Brooklyn, according to Goldstein. The director of a clinic in Kharkov, Ukraine, asked how he could help Russian-speaking Jews in Brooklyn. Teens whose classes were canceled visited the elderly and calls were made to Holocaust survivors, she said.

“I had to keep the kids calm and assure their safety – especially without electricity,” she told JNS.org. “Parents were worried – there was no phone service for days.” E-mail and Skype helped Middelman keep parents 6,000 miles away as calm as possible.

U.S. Rep. Jerrold Nadler (D-NY), who represents several of the devastated Brooklyn neighborhoods, said Sandy should lead to a “massive reordering of priorities.” His district includes Sea Gate, a historic “gated community” that suffered massive wind and water damage. Many homes were entirely washed away. Rabbi Chaim Brikman of Chabad by the Ocean, which serves Sea Gate and Coney Island, said that Sandy “hit with about 10 feet of water.”

“Everything was destroyed – offices, classrooms, the library,” Rabbi Brikman said. “Somehow I had the intuition to bring all the Torahs to the upper floor – some are over 100 years old.”

Rivkah Brikman, the rabbi’s wife, stressed that the storm did not stop Shabbat. “Homemade food came from Crown Heights,” she said. “We gathered in one of only three undamaged homes. Even without heat, the warm feelings made it the most beautiful Shabbat ever.”

“This is a very loving community,” she added. “Everyone is helping one another – Jews and non-Jews: reaching out to one another. No hurricane will stop us.”

In Manhattan Beach, Congregation Shaarey Torah had 25 people in the shul, usually known as the Shtieble, on Shabbat morning braving the lack of lights and heat. In fact, Manhattan Beach, of all places, actually hosted refugees, as those without electricity were hosted in homes that were not affected by the storm. 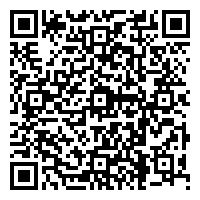