One of the final remnants of Torah sanctity in eastern Europe to survive World War II and put down roots in the fresh potential of America, the 95-year-old Skulener Rebbe, Rabbi Yisroel Avrohom Portugal, zt’l, was laid to rest on Tuesday. Tens of thousands of chassidim and others were there to bid him farewell, pouring out their grief as his coffin passed by.

Two NYPD officers were injured during the massive funeral; one was hit by a car as he was carrying out crowd control responsibilities. The officer was reportedly knocked over, and his leg was then run over by a vehicle, possibly that which carried the coffin according to several news outlets. According to NYPD Police Commissioner James P. O’Neill, the second officer was hurt by a drone that “apparently ran out of gas and dropped out of the sky … and landed on the officer’s head.”

The drone operator, 36-year-old Yehiel Rosenfeld, has been charged with reckless endangerment after losing control of the device, according to ABC Eyewitness News 7.

More than 100,000 people packed into the streets and on to the sidewalks, following behind the van that carried the coffin as they paid their final respects to the Rebbe in a procession that stretched from 52nd to 61st Streets and 12th to 16th Avenues.

The Rebbe’s coffin set out from the Skulener Bais Medrash at 1315 54th Street to the procession, before moving on to Rockland County, where he was laid to rest beside his father, the previous Skulener Rebbe, at the Vizhnitzer cemetery in Monsey.

The Rebbe passed away Monday afternoon at John Hopkins University Hospital in Baltimore, surrounded by his family and closest chassidim. He had been admitted to John Hopkins in early February, and remained in the hospital since that time.

Born in Romania to the previous Skulener Rebbe, Rabbi Eliezer Zusia Portugal zt’l and Rebetzin Shayna Rochel, the Rebbe came to the United States as an immigrant together with his father in 1960 after having survived the Nazi death camps in World War II. The two, imprisoned by Romanian authorities in 1959 for teaching Torah, were freed through the intervention of United Nations Secretary-General Dag Hammarskjöld and U.S. Senator Robert “Scoop” Jackson.

The Rebbe headed the Chesed L’Avraham organization that was founded by his father, the previous Rebbe. The organization houses, clothes and feeds hundreds of children each year.

Both the Rebbe, zt’l and his father, zt’l were known for the thousands of niggunim they composed; his father having begun the musical dynasty, and the son who then continued in his footsteps when he passed away in 1982.

A number of Skulener niggunim have fortunately been recorded and uploaded to YouTube so those otherwise unfamiliar with the Chassidus nevertheless can have the opportunity of hearing these precious musical links to the soul. Several examples may be heard here, here and here.

In fact, the Rebbe was known to carry a tape recorder with him at times in order to be able to capture the melodies as they came to him.

The Rebbe and his Rebbetzin Reizel, who predeceased him in 2005, were the parents of eight children. It is understood that Yeshaya Yaakov Portugal will succeed, and take up the mantle as Rebbe of Skulen. 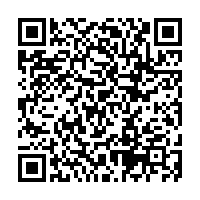