Levi Rosenblatt, the 22-year-old rabbinical student stabbed in the head two weeks ago by a deranged assailant at Chabad-Lubavitch World Headquarters in Brooklyn, lit a menorah on Monday at the 71st Precinct station in Crown Heights.

Rosenblatt and several Jewish residents of the neighborhood visited the station on the seventh night of Chanukah to show their support after the murder Saturday of two police officers in neighboring Bedford-Stuyvesant.

They also thanked officers for preventing Rosenblatt’s assailant, Calvin Peters, from stabbing other students at the Chabad center. Peters was fatally shot by police after threatening them with a knife. 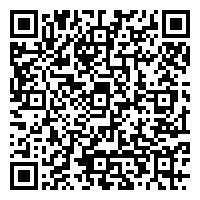