A measles outbreak in the Monsey area that shows no signs of abating has local health officials taking the unprecedented step of ordering all unvaccinated schoolchildren in New Square to stay home until either they have gotten an MMR shot or until 21 days have passed since the last case of measles has been reported anywhere in the county.

The directive, issued last week by Rockland County Health Commissioner Dr. Patricia Schnabel Ruppert, went into effect on November 5 and also applies to children attending schools in Monsey or Spring Valley with student immunization rates at or below 70 percent. A total of 15 schools are included in the latest announcement which comes in addition to the Rockland County Department of Health order that all unimmunized children attending 10 schools where cases of measles have been confirmed to stay home until a three-week incubation period has passed.

Measles hit Rockland County hard in October, brought to the area by travelers who had been exposed to the virus in Israel in an outbreak has health officials are categorizing as one of the worst to hit the country in decades, according to The Times of Israel. Over 1,300 cases of measles have been reported since January, with 753 in Jerusalem alone. An 18-month-old girl died last week of complications from measles.

The first reported case of measles in the Monsey area was reported in New Square over Sukkos, with public health warnings issued for multiple locations, including Beis Medrash of New Square, a sukkah located next to the village’s largest yeshiva, and Refuah Health Center. Since the virus can linger in the air for two hours after an infected person has been in the area, hundreds of people were exposed from that initial case and, as additional cases developed, the Rockland County Department of Health began running free MMR immunization clinics in conjunction with Refuah Health Center.

In addition to adjusting protocols to immunize children as young as six months old, half a year ahead of schedule, additional emphasis was placed on providing boosters for children who had only received one dose of the vaccine and adults whose immunity to the virus may have worn off.

Speaking at a press conference on October 31, Dr. Ruppert said all of Rockland County needs to be considered potentially exposed to the measles. As of last weekend, 46 cases of measles had been confirmed in the greater Monsey area, with test results pending in nine more cases. While the statewide immunization rate for measles is at 98 percent, Rockland County lags behind at approximately 90 percent.

Dr. Ruppert said she has reached out to influential members in the Jewish community, hoping to enlist their aid in getting more people vaccinated. “I have met with the rabbis and asked them directly if there is a religious reason why people should not be vaccinated and the answer is no, so I have asked them to also speak to their community members as well,” she said.

The outbreak has reached beyond the Hudson Valley area, with 17 cases confirmed by the New York City Department of Health in Boro Park and Williamsburg last week and the Asbury Park Press reporting four more in Lakewood.

“You have the people who just don’t vaccinate because they don’t understand or they are very adamant about not taking any vaccinations, and we are working with them as best we can,” said Dr. Ruppert. “But it does not cause developmental delays. It does not cause a child to walk late. It does not cause autism. That has all been disproved.”

“There should never be an unvaccinated child allowed into any yeshiva without a legitimate, documented medical reason,” he said. “I’ve had parents literally look at me and say, ‘I don’t care what anyone says. I know better because I’m a parent. It’s frustrating and it’s scary. An unvaccinated child just died in Yerushalayim. When will these people wake up?” 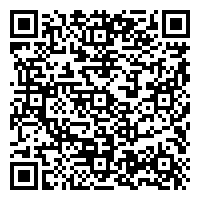