NYPD officers made at least 34 arrests on Tuesday night after Walter Wallace protesters left a trail of destruction while marching their way down from Fort Greene Park through the streets to Downtown Brooklyn, some of them throwing rocks and bottles at police officers. Others broke windows on cars, stores and banks.


“Burn the precinct to the ground, every city, every town!” they chanted, while marching near Boerum Place and Livingston Street. About 200 rioters snaked their way down the blocks vandalizing police cars, setting an American flag aflame and torching at least one police vehicle.

At around 10 pm, police in riot gear met the protesters on Atlantic Avenue near Boerum Place, and ordered them to disperse, or face arrest. A driver in a car accelerated his vehicle through the line of officers after being told to stop, the NY Post reported, leading to one police officer being injured, sources said. Police were unable to stop the vehicle and it is not known whether the driver was a BLM protester.

Five officers were hospitalized with injuries, according to the NY Daily News. Nine police vehicles and a police van were damaged, along with several bus shelters, a Chase Bank, a Bank of America and a statue of Christopher Columbus outside the Brooklyn Supreme Court.

“No violence is acceptable,” New York City Mayor Bill de Blasio said. “Of course those offenses should be prosecuted, and I absolutely want to see those prosecutions … The bottom line is anyone who assaults an officer, that’s absolutely unacceptable. There must be consequences.”

City of Brotherly Love?
The violence began and has continued since Monday in the City of Brotherly Love, Philadelphia, where 27-year-old Walter Wallace Jr., a black man, was shot and killed by two police officers after refusing to halt, and put down his knife while aggressively approaching the officers with the weapon raised.

A few clearly confused young Jewish men erroneously believed they would show their solidarity with Black Lives Matter “protesters” in Philadelphia and showed up for the cause Tuesday night, but were bluntly informed by the rank and file that they were not wanted.

Black Lives Matter rioters in Philadelphia threaten, assault, and chase out Jewish residents claiming "you don't live here" and call them members of the "Synagogue of Satan." pic.twitter.com/pKEssPeGLi

And then, a cacophony of hate: “Eh-m-a-l-ehhh-k! EH-ma-lehk! What y’all doin’ down here?? You live here? Y’all know we the real Jews, right? Y’all gotta go. Walk! GET THE F—K OUT! GET THE F—K OUTTA HERE! Trash, cousin. Get him outta here!! Revelations 2:9, Synagogue of Satan!”

Mass marches and riots have been taking place since Monday in Philadelphia each night.

At least 33 police officers were injured, including a police sergeant who was hospitalized with a broken leg after being struck by a truck.

Cops: ‘We’re OF the Community’
A curfew was set to take place beginning at 9 pm on Wednesday night, lasting until 6 am Thursday, and a similar curfew on Thursday night as well.

At least 1,000 protesters marched through the streets of the city in West Philadelphia on Tuesday, demanding “justice” for Walter Wallace Jr.

Community residents had questioned at a meeting with police Tuesday evening why deadly force was used and why the officers didn’t “shoot him in the legs” or at least “use a taser.”

It turns out that Philadelphia police are not equipped with tasers.

Police commissioner Danielle Outlaw responded to the questions by reminding the residents “We are not at war with our community; we are of our community.”

Who Was Walter Wallace Jr.?
The man who is at the center of the riots, Walter Wallace Jr. – like George Floyd – was no saint. He was an aspiring rap artist whose music centered on guns and shooting people and police.

Wallace was on house arrest, according to court records cited by ABC Eyewitness News-7 showing that he was awaiting trial for allegedly threatening to shoot a woman in her home.

In 2017 Wallace pleaded guilty to robbery, assault and possession of an instrument of crime, after kicking down the door of a woman and putting a gun to her head, according to ABC Eyewitness News-7. When convicted, he was sentenced to 11-23 months in prison.

As far back as 2013, Wallace had been ordered by a judge to undergo psychiatric evaluation. According to his family’s attorney, Shaka Johnson, he was taking lithium, which is generally prescribed for bipolar disorder. But there was no formal documentation of the diagnosis in his records.

Also in 2013, Wallace had pleaded guilty to assault and resisting arrest after punching a police officer in the face. 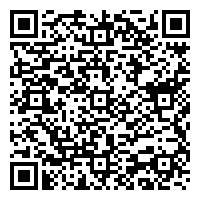