The New York State Republican and Conservative party conventions are nine months away, but Congressman Lee Zeldin (R-Shirley, Suffolk County) has already received endorsements from enough county party organizations to be the nominee of both parties. Zeldin has racked up more than 80 percent of the county committee votes. He has also proven to be a prodigious fundraiser.

Zeldin, 41, has been using fiery rhetoric to gain his foothold across the state, which he says he traversed several times from Erie County to his home base of Suffolk County. At fundraising and political party events Zeldin often says, “Is this room ready to fire Andrew Cuomo?” and reminds attendees that the state legislature, statewide officeholders, the New York City Council, New York citywide officeholders, New York’s Congressional delegation and the two United States Senate seats are under one party rule. Zeldin then shifts to his opponent, saying, “Andrew Cuomo’s been there too long. Let’s return New York back to glory.” Zeldin concludes by telling the already converted base, “Winning big and saving New York begins in 2022.”


Zeldin’s momentum has left second-string contender Rob Astorino in the political dust. The Westchester County Republican ran for governor in 2014 against Cuomo and has been touting his “near victory” ever since. The final tally against Cuomo was 54 percent (two million votes) to 40 percent (1.5 million votes).

With his 80 percent support, Zeldin will not have to circulate nominating petitions next year in order to be on the ballot. (Circulating petitions statewide is a costly process and is often challenged by opponents.)

“We knew we would have to go the petition route all along,” Astorino, 54, told The Jewish Press recently. “It’s not going to be a problem. In fact it’s going to be good for us. We’ll be out all over the place. That’s not going to be a problem and we’ve got people from all over the state who are supporting us because I ran in ’14. We’ve got a good foundation. We’ve got people that want to help. We have solid grassroots. We have solid fundraising so we’re not concerned about that (going the petition route) at all.”

As an enrolled Republican, Astorino can only petition for the Republican line. In order for Astorino to successfully petition to get on the Conservative Party ballot, he would need permission from the Conservative Party chairman to enter the primary. The permission slip derives from the Wilson-Pakula Act of 1947, which is designed to protect the integrity of political parties by preventing incursion or capture of control by persons not in sympathy with its principles. With Zeldin’s overwhelming support, Astorino will not have the minimum of 25 percent of the convention vote to gain ballot access without going the petition route.

“If I got 80 percent of the party supporting one candidate, why would I give a Wilson-Pakula to somebody?” State Conservative Party Chairman Jerry Kassar told The Jewish Press. “I don’t have one county in the state that’s endorsed Astorino…. Rob is a good guy but this isn’t the time.”

Astorino, a Hawthorne resident, seems to have a score to settle with Cuomo from the 2014 election, wanting to prove himself to rank-and-file enrolled Republican and Conservative Party members that he’s electable.

Astorino, who served two terms as Westchester County executive, is considered to be more moderate than the Trump-supporting Zeldin. “The question is who is going to be the most electable,” Astorino added. “You know what? We already took the field. It’s early in the first game of a doubleheader. There’s plenty of time.”

If Astorino is successful in going the petition route, creating a Republican primary and winning the June primary next year, that would split the Republican and Conservative party ticket – giving Cuomo or another democrat an easier time in the general election.

Zeldin received some additional good news in that Dutchess County Executive Marcus Molinaro has dropped out of the governor’s race and has backed Zeldin.

“There’s a time and season for everything,” Molinaro told The Jewish Press. “I was given the greatest honor of representing this party and fighting hard in 2018, and secured 2.2 million votes (36 percent). I think Congressman Lee Zeldin could be our next governor. Frankly, I believe in his capacity to serve. I know that he truly believes in public service. I think he’ll assemble the right team and unify the party to save the state of New York.”

Molinaro, a resident of Red Hook, says he’s not focused on being on Zeldin’s team either as his running mate or a member of Zeldin’s cabinet.

“I’m responsible for 300,000 people and we’re grappling the way out of this pandemic, we’re almost there. I’m not really thinking about what comes next for me,” he said.

If Molinaro were to give Zeldin advice on two campaign issues to use in his stump speech, it would be to hammer the governor on the economy and criminal justice reform.

“Bail reform undermined a generation of public safety enhancements we’ve made in Dutchess. Before bail reform and cashless bail, Dutchess County saw a 40 percent reduction in its inmate population and a 50 percent reduction in violent crimes. Today, we’re seeing an uptick again because they’ve undermined law enforcement. They have victimized and ultimately threatened and risked the lives and safety of victims and witnesses. At the same time, it made it impossible for good governments like ours to help people trapped in the criminal justice system restore themselves. All of that has made our community less safe and it’s made the state less safe and he has made the state less and less affordable.”

At the recent Conservative Party soiree in Tappan, Rockland County, freshman Congresswoman Nicole Malliotakis spoke to The Jewish Press prior to delivering her keynote address.

“I’ve come out publicly and supported Lee Zeldin,” Malliotakis said. “Lee is a fighter, he’s dynamic. He’s somebody who has ideas. He stands for the right things. He supports law enforcement, which is so incredibly important. He understands the need to reduce the tax burden on New Yorkers, which will stimulate the economy and keep New Yorkers here living affordably…. He would ensure that our tax dollars are being used wisely.”

“I think it’s hard to compare,” she said. “They’re both Republicans, they’re both conservative. They generally support the same ideology…. I love Rob Astorino, I think he’s a great guy. I campaigned with him when he was running (in 2018). [But] I think Lee is more electable, particularly at the moment. He can deliver Long Island, which has always been an issue for Republicans. If you have an issue winning in your own county, that’s a problem.”

Malliotakis was referring to Astorino’s bid for State Senate last year when he lost Westchester County by a large margin to a freshman democrat who was seen by political analysts to be vulnerable.

The Conservative and Republican Party nominating conventions will likely take place in March 2022. Also running for governor on the Republican line are Andrew Giuliani, 35 (Manhattan), Lewis County Sheriff Michael Carpinelli, 56 (Osceola), and businessman Derrick Gibson (Forest Hills, Queens). Like Astorino, all three hopefuls will also have to go the petition route to be on the June primary ballot. 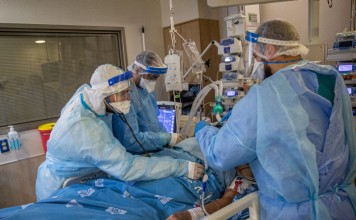