World renowned wildlife photographer Amos Nachoum has one final dream: to photograph a Polar Bear underwater, while swimming alongside it.

Nachoum hopes to dispel the myths surrounding large predators by getting up close and personal with them giving an intimacy to his big animal photography that is unrivaled. He has swam unprotected with crocodiles, killer whales, anacondas and great white sharks. However, one major predator has always eluded him. The legendary image maker has always dreamed of swimming underwater with a polar bear and capturing it face-to-face on film. He tried once before and barely escaped with his life.


The 2019 film “Picture of His Life” follows Amos to the Canadian Arctic, as he prepares for his ultimate challenge. As the journey unfolds, so does an intimate and painful story of dedication, sacrifice and personal redemption. Its world premiere was on May 23, when it opened the 21st annual DocAviv, the Tel Aviv International Documentary Film Festival, to a packed house of 2,200.

The San Francisco Jewish Festival will feature “Picture of His Life” July 28 at the Castro Theater, with a live appearance by directors Dani Menkin and Yonatan Nir, Producer Nancy Spielberg, and Executive Producer Ori Eisen.

If you live in Albany, CA, there’s a treat for you, a July 25 showing at the Albany Twin Theater (which kind of belies what we got from the press release about the SF US premiere, but we’re letting it slide).

Amos served in the IDF special forces and fought in the 1973 Yom Kippur War. He apprenticed as a fashion photographer for a year before re-enlisting as a war correspondent. When that ended, he dedicated his life to photographing big predators. His work appeared in hundreds of publications, including National Geographic, Time, Life, The New York Times, and Conde Nest Traveler. He has won the Siena International Photography Award for Animal Behavior, the American Photographic Artist Award, Nikon, and Communications Arts, and was named BBC Wildlife Photographer of the Year for Animal Behavior.

I Don’t Buy It 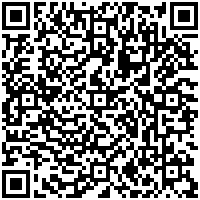