It’s a case of the tweet being faster than the brain.


Leaving aside the question of why it took two days for her to get around to expressing her support, it’s important to consider what the lawmaker wrote. 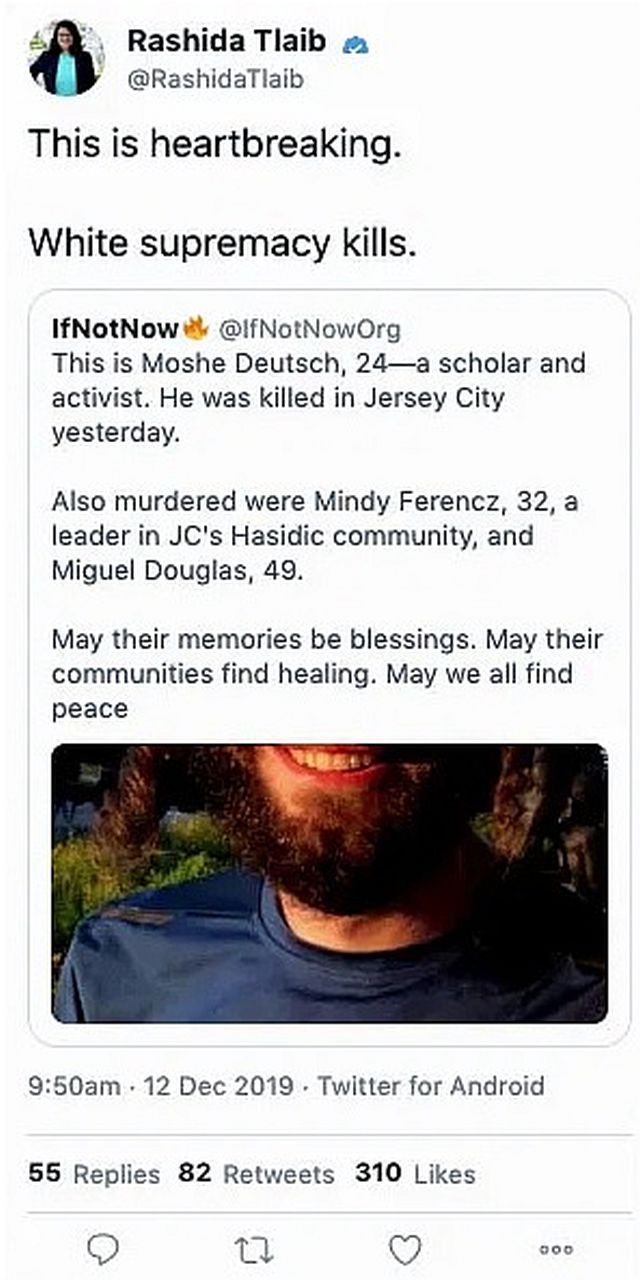 The attack was perpetrated by two members of the Black Hebrew Israelite movement who deliberately targeted a kosher Jewish supermarket in the heart of Jersey City. Law enforcement sources said that one of them allegedly wrote antisemitic posts online, and an antisemitic and anti-police manifesto, which he left in the vehicle.

Tlaib deleted the tweet, but not before a number of quick-eyed reporters had caught screenshots of the faux pas.

The Congresswoman was photographed this past January with Abbas Hamideh, a supporter of the Hezbollah terrorist organization. Just three months ago she also posed for a photo with the Palestine Youth Movement, which advocates violence against Israel and strongly supports the Boycott, Divest and Sanctions (BDS) economic war against the Jewish State.