Question: Whenever an activity is prohibited because of kavod hatzibbur (the dignity of the congregation), may a kehilla decide that the activity does not offend them? In my synagogue, for example, many people do not wear jackets during services and would not be offended if the chazzan didn’t either, even if he weren’t wearing a tallis. So can the chazzan daven as he is – without a jacket or tallis?


Answer: I discussed this question at length with my late chaver and Jewish Press columnist, HaRav Yaakov Simcha Cohen, zt”l, because many people in the shul where I am the rav don’t wear jackets for davening during the week. Rabbi Cohen told me that a ba’al tefillah without a jacket had to wear a tallis because of kavod hatzibbur.

His response led to a discussion on women getting an aliyah. The Talmud (Megillah 23a) rules that women were originally permitted to get an aliyah, but the Sages forbade it because of kavod hatzibbur. But what if a congregation says that women receiving an aliyah doesn’t offend them?

The Taz (Orach Chayim 53:2) substantiates this ruling as follows: In ancient times, many communities had parchment scrolls with each of the five books of the Chumash. The Talmud (Gittin 60a) rules that such scrolls should not be utilized for Keriat HaTorah due to kavod hatzibbur. Yet, when the Mechaber (Orach Chayim 143:2) records this law, he does not explain the reasoning behind it. Evidently, then, the law is absolute at this point. For if it weren’t, the Mechaber would have mentioned the rationale so that a community could forgo its kavod hatzibbur and use one of these scrolls if it lacked a Sefer Torah and faced only two choices: not having Keriat HaTorah or leining from one of these scrolls.

The Aruch HaShulchan (Orach Chayim 53:10) writes that an activity that offends the kavod hatzibbur also offends the kavod Shamayim; it is demeaning to the dignity of heaven. Thus, the activity is problematic even if a particular congregation doesn’t find it offensive.

In other words, kavod hatzibbur is not in the hands of the tzibbur per se, but in the hands of the Sages and Shulchan Aruch. Thus, it would be a breach of Jewish law and tradition for a congregation to assume that it has the authority to annul the Talmudic ordinance forbidding women from getting an aliyah. 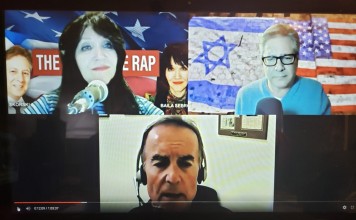