The FBI is looking into Ivanka Trump’s business activity abroad as part of its probe of Trump International Hotel and Tower in Vancouver, CNN reported Thursday, quoting a current and a former US official.

The $360 million Vancouver facility opened after Trump had taken office. It features 147 guest rooms and 217 luxury residences, and has been attracting foreign buyers.


The FBI has been investigating the international business ventures of Jared Kushner and Ivanka Trump on suspicion that these deals have been reached under pressure from China or other foreign agents, CNN reported.

Earlier this week, the Washington Post reported that Chinese, Israeli, Mexican and United Arab Emirates officials prefer to deal with Kushner because he is “naïve” and can be manipulated due to his lack of experience, and have asked to meet with him instead of with more experienced staff. Kushner’s biggest adversary on his international negotiations has been national security adviser H.R. McMaster, who was “surprised” by some of Kushner’s foreign contacts and “wanted an explanation,” according to the Post.

Meanwhile, the New York Times has reported that President Donald Trump is asking his chief of staff John Kelly to remove both his and his son-in-law from their senior roles at the White House. Neither Ivanka nor Jared have been able to pass the FBI vetting process in order to receive full security clearance.

The Trump Organization does not own the building in Vancouver – as is the case in numerous Trump projects, the name Trump is licensed to the actual developer, in this case Malaysian billionaire Joo Kim Tiah. According to President Trump’s financial disclosure form, the Trump Organization has made more than $5 million in royalties and $21,500 in management fees on the Vancouver branding deal.

The White House, the FBI, and the Holborn Group which owns the Vancouver project have all refused to comment regarding the report on Ivanka Trump’s investigation. 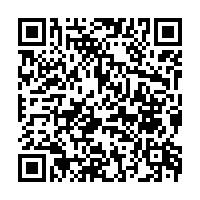