US Ambassador to the United Nations Linda Thomas-Greenfield met with Israel’s Defense Minister Benny Gantz on Monday to discuss the Biden Administration’s “commitment to prevent Iran from obtaining a nuclear weapon” – but used the opportunity to also continue her boss’s mission of pressuring Israel into accepting the so-called “two state solution.”

Nate Evans, a spokesperson for the US Mission to the United Nations, said in a statement that Thomas-Greenfield “expressed the United States’ ironclad commitment to Israel’s security” and discussed with Gantz “our shared commitment to prevent Iran from obtaining a nuclear weapon.”

The two leaders expressed their concerns about the activities of Iran’s Lebanese proxy, Hezbollah, and their strong support for the mandate of the United Nations Interim Force in Lebanon (UNIFIL).

But Thomas-Greenfield also “underscored the critical need for accountability for the killing of Palestinian-American journalist Shireen Abu Akleh,” the spokesperson said.

The US envoy also “reiterated the Biden Administration’s commitment to supporting efforts towards a two-state solution and its belief that Israelis and Palestinians deserve equal measures of freedom, security, prosperity, and dignity,” Evans added.

President Joe Biden told Palestinian Authority leader Mahmoud Abbas during their meeting in Bethlehem this past July that the US would not give up on the goal of finding a “just settlement” to the decades-long conflict.

But Biden acknowledged at the time that the “ground is not ripe” to restart talks between Israel and the PA, although he said the US commitment to the moribund “two state solution” had not changed.

“Even if the ground is not right at this moment to restart negotiations, the United States and my administration will not give up on trying to bring the Palestinians, Israelis and both sides closer together,” Biden said.

Gantz met several times with Abbas over the past year, including this past July, when he joined the Palestinian Authority leader for the celebration of the Islamic holiday Eid al-Adha, which marks Abraham’s intended sacrifice of his son – in the case of Islam, Ishmael.

Following that meeting, Gantz approved a series of “confidence building” measures that included approval of an additional 1,500 entry permits for Gazans to work in Israel, a new crossing from the Palestinian Authority into Israel and approval of six outlines for PA construction in Area C of Judea and Samaria.

“These approvals give the P.A. the green light to transfer Arab residents of Areas A and B of Judea and Samaria to Area C, the part under full Israeli control, effectively allowing them to take over strategic swaths of land,” Gush Etzion Regional Council head Shlomo Ne’eman warned at the time. “This transfer de facto puts Area C under the control of the PA.” 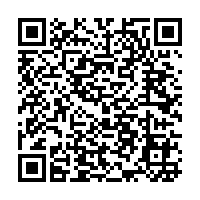