The rainfall in northern Israel over Shabbat, which followed a short dry period, has added a stirring amount of additional water to the Kinneret, and, according to the Water Authority on Sunday morning, the lake has risen by an additional 9 centimeters (3.5 inches) and it now stands at 209.31 meters below sea level.

The Kinneret, the second-lowest lake in the world (after the Dead Sea, which is a saltwater lake), has recorded water levels of between 215 meters (705 ft) and 209 meters (686 ft) below sea level.


Now, a full Kinneret is missing only 31 centimeters, or about 12.2 inches.

However, despite even more optimistic estimates earlier this winter, the chances that the lake water level reach so high that the Degania dam would have to be opened (to let out the excess flow to prevent a flood of T’veria and other coastal communities) this year are low.

According to the Water Authority, the dam would be opened only if by the end of March, in nine days, another 31 centimeters would be added to the Kinneret. This, apparently, is unlikely, according to the most recent forecast. Following a stormy Shabbat in most parts of the country, as the month of Nissan and Passover are approaching, Spring may finally be here. Still, the weather service does not recommend putting away those winter coats jut yet.

The weather forecast for Sunday heralds a slight rise in temperatures and the sky will become partly cloudy. Sunday night is expected to be clear to partly cloudy.

The Kinneret water level is monitored and regulated by the Israeli government. There are three water levels at which the alarm is rung:

The upper red line, 208.9 m below sea level (BSL), where facilities on the shore start being flooded.

Daily monitoring of the Kinneret water level began in 1969, and the lowest level recorded since then was in November 2001, which constitutes the “black line” of 214.87 meters below sea level (although it is believed the water level had fallen lower than the current black line, during droughts earlier in the 20th century).

The Israeli government publishes the daily water levels results on this web page.

Increasing water demand in Israel, Lebanon and Jordan, as well as dry winters, have resulted in a decreasing water line to dangerously low levels at times. The Kinneret is always at risk of becoming irreversibly salinized by the salt water springs under the lake, which are held in check by the weight of the freshwater on top of them. 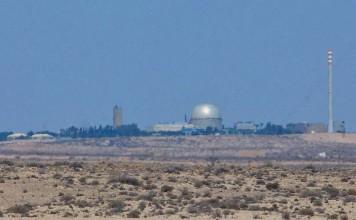