Israel’s meteorologists say that despite the deadly heat wave that swept much of Europe and North America these past several weeks, the Jewish State somehow seems to have escaped God’s wrath.

Temperatures in July “as a whole [were] close to average,” according to the Israeli Meteorological Service (IMS).


“The first part of the month was generally cooler than average in the mountains and inland, while the second part was warmer than average.

Compared to past years, in fact, “this is the most comfortable July since 2014,” IMS said on its website.

Wildfires, evacuations and heat-related deaths plagued the European continent during most of June and July this year, with the highest temperature – 47 degrees Celsius (116.6 Fahrenheit)– recorded in Pinhao, Portugal on July 14.

In North America, record-breaking temperatures scorched much of the continent between May and July this year as well. 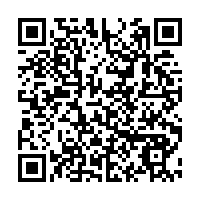