The grain silos at the Port of Beirut partially collapsed on Sunday, re-traumatizing those who had witnessed the massive explosion at the port two years earlier, when ammonium nitrate exploded in a storage tank.

At least 6,000 people were wounded in that blast, so massive that it destroyed a large percentage of the Lebanese capital, leaving tens of thousands of residents homeless.


Officials told Reuters that grains left rotting inside since that explosion had been fermenting. A fire smoldering in the silos for several weeks due to the summer heat wave finally ignited the grains.

Officials had some warning of what was to come, as the tilting northern portion of the silos began to lean over even more heavily last week.

The buildings have been a reminder of the catastrophic August 4, 2020 explosion; this latest collapse has taken place just a few days before the second anniversary of the massive explosion in which they were damaged.

Lebanon’s government decided this past April to destroy the damaged silos, but victims’ families were outraged, preferring to leave the devastation as a memorial to their lost loved ones.

This time, at least, there were no reports of injuries.

But that did nothing to ameliorate the trauma experienced by city residents who witnessed the collapse — either after the port explosion, or this time around.

“It was the same feeling as when the blast happened,” a resident of nearby Karantina area told Reuters. “We remembered the explosion. A few big pieces fell and my son got scared when he saw it.” 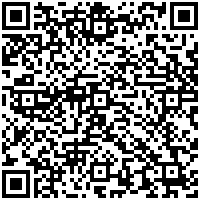