A wicked and rare early winter storm plowed into Israel Wednesday, and weather forecasters predict between four and eight inches of rain will fall in the north, with gale force winds and possibly snow in Jerusalem and the higher hills of Judea and Samaria.

Snow is rare in Israel in early December, and predicting the white stuff in the country is as tricky as forecasting anything else in the Middle East. A tiny shift in the winds often moves a weather system towards or away from land, and a change of one or two degrees in the temperature can spell the difference between rain and snow.


This week’s system is a woozy, and the only questions are whether the rains will be drenching or extremely torrential, and if snow will accumulate in Jerusalem.

Rain fell in central and northern Israel last week after a dry November, and some communities in the western Negev received as much as four inches of rain. The Kinneret began to rise for the first time since last spring, but that is only a sneak preview of what is in store for the country from today through Sunday.

Before it is all over, more than three feet of snow is expected to have fallen on the upper slopes of the Hermon, which would allow for a very early opening of the ski season next week, weather permitting.

The storm is rare in its expected intensity and length because it is headed from Russia, via the Black Sea, an unusual occurrence in early December. Meteorologist Tzachi Waxman of Meteo-Tech said, “A cold wave like this is exceptional for this time of year and usually occurs in January and February.”

Torrential rains will raise the level of the Kinneret dramatically once run-off begins from mountain streams.

The downside of the storm will be the usual flooded streets, traffic jams and power outages resulting from electric poles and wires downed by heavy winds and from heavy demand for power by everyone using electric heaters to stay warm.

Air traffic at Ben Gurion may be disrupted, which could knock out the schedule of U.S. Secretary John Kerry who is to land in Israel on Wednesday. With a bit of luck, good or bad depending on your view, he might not be able to land at all.

Heavy rains and strong winds, which may reach gale force velocity, began falling in the northern Negev late Tuesday. Weather maps indicate a rare phenomenon for this time of year will occur on Wednesday, when rain is expected to fall over the entire country, from the northern border to Eilat.

Snow on Wednesday night will cover Tzfat (Safed) and other higher elevations in the northern Galilee and the Golan Heights, and it will continue on Thursday, with occasional thunderstorms throughout the country.

There is a chance of snow in Jerusalem and the mountains in Judea and Samaria and the Negev on Thursday and a higher probability that snow will fall on those areas Thursday night and Friday. However, there is no assurance that the snow will accumulate below altitudes of 2,800 feet, the height of most of the highest areas in Jerusalem. Parts of Gush Etzion and the southern Hevron Hills are as high as 3,000 feet, where accumulation is more probable.

Flash floods will smash through the Judean Desert and Arava.

Private weather forecasters predict that the storm will continue to pummel Israel on the Sabbath before weakening late in the day. It will be extremely cold Saturday night, with possible sub-zero temperatures in higher elevations. 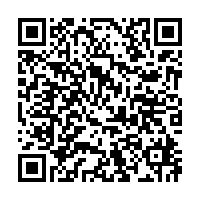