We joined tens of thousands of Israelis and tourists in the allies of the Old City of Jerusalem, seduced by an incredible promotional campaign, only to realize how thin was the connection between the people who designed and executed the event and the talented group that sold it.

Who wouldn’t have fallen for this kind of fantastic copy:


“The Festival of Light in the Old City will provide through the use of light a dramatic and artistic dimension to the Old City’s nights. From the illumination of architecture to light statues, the festival will be a public and family oriented celebration that artists from different fields will partake in.”

Despite the somewhat pre-edited copy, the website offered so much in live action and exhibits, my small family and I were certain it was going to be a tasteful, Jerusalem version of some of the better Disneyland rides, like Pirates of the Caribbean: dark, with stunning images and light displays and haunting music.

There was so much promise being promised:

Festival of Light exhibits: The artistic light creations, designed by leading local and foreign light artists, will be displayed throughout the Old City’s public and restricted areas, as well as at tourism sites. Free admission.

Events: Street events and performances will take place among the light creations and will enhance the visitor’s experience. Free admission

We left our coastal Netanya around 8:30 PM, drove really fast, picked up our Rechavia friends who would never have gone to anything in their own city if not for us, and found parking (in Jerusalem!) under the Mamila mall near the Jaffa Gate. By 10 PM we were there, ready and eager to watch the light show.

As were half a million Israelis and tourists (or so it seemed), who moved with great difficulty, like sardines pushing through a particularly rough reef.

Colored-light cables in orange, blue and green ran the length of the Old City’s alleys, and we followed them obediently. Now and then we stopped to appreciate the works of light-driven art. There were black-light paintings on the side of walls, statues, shadow-theater exhibits, a large face on the side of a wall, with imaginative projections that changed and transformed its expressions, colors, patterns and everything else, with seemingly unlimited variations.

My daughter Yarden snapped the images accompanying this story. They’re hauntingly beautiful. But don’t let that fool you. They don’t look nearly as enticing in person. Mostly because there were so few of them – a few dozen “attractions” altogether, most of them quite small and understated.

Some exhibits were sweet, some kind of under-developed. In many cases you wondered how much better the piece would have been if the artist had spent an extra couple of days on it, pushing the limits. Several items, especially the shadow-screen images, could be outright whimsical and funny, but instead were kinda basic.

Now, here’s what the five of us, visitors to the very crowded festival of lights: It would have been a lovely experience if the advertising had invited us to a quiet stroll in Jerusalem’s old alleys, with a few light images here and there. Because as such – it was fabulous, the best, honestly.

But the multitudes charging through the Jaffa gate this week were sold on a Disney ride – and that they decidedly did not receive.

And all the live performances were off the night we came. Just our luck. But is it really a festival if you come on a Tuesday and no one’s performing a thing?

And now, for some hauntingly beautiful images, all shot by Yarden Yanover for JewishPress.com. 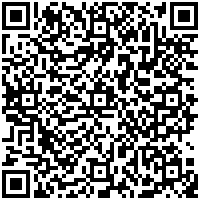