We Google-translated the above from رحلة سياحية لغزة (Tourist Trip to Gaza), which is part of the Tourism section of a website belonging to a radio station named “Sun.” The section on Gaza encourages tourism to the city which has been associated in popular public opinion with images of starving refugees huddled in shacks under daily Zionist air raids.


Sun is a regular radio broadcast of the Arab minority in Israel since 2003. Its slogan is: “Free Radio, modern Radio.” It says it represents the generation that no longer accepts being second class citizens in Israel. It is open to liberals who dare to break all political or social taboos. It also works to challenge the institution of the state and at the same time to build bridges of understanding and co-existence between Jews and Arabs.

The “Visit Gaza” section is current, and offers stunning images of Gaza City, a beautiful and vivacious place that could easily compete with many Israeli beach towns, including my own gorgeous city of Netanya.

So, all we have left to do is to take you on a tour of Gaza, and for the fun of it, we’ll add to these fabulous images quotes from two sources about conditions in this lovely city by the sea, UNRWA and the PA. In the end there’s a video you don’t want to miss. Enjoy!

As the Gaza blockade moves into its fifth year, a new report by the UN’s agency for Palestine refugees, UNRWA, says broad unemployment in the second half of 2010 reached 45.2 per cent, one of the highest in the world. The report released today, finds that real wages continued to decline under the weight of persistently high unemployment, falling 34.5 per cent since the first half of 2006. (UNRWA: Gaza blockade anniversary report)

The report concludes that 90% of Gaza water is unfit to drink. The reasons behind this deteriorating situation, the writer of the report believes, are the racist policies of occupation, the latest war on Gaza , the siege, and the division and its impact on society and education, which resulted in 45% of unemployed graduates. (Gaza Under Attack, Refugees Deteriorating Conditions)

The Refugees’ Affairs Department of the Palestinian Liberation Organization (PLO) published a report detailing the conditions of Palestinian refugees, living in the Gaza Strip. The report compares the conditions of refugees in 2012 and 2006. The report writer, Ala’a Abu-Diaa, states that refugees’ conditions are deteriorating, in relation to housing and lands’ price, which doubled in the last five years. The rate of exports decreased 80% compared to the pre-siege period. Gazans found refuge, the report continues, in tunnels linking Gaza with Egypt. (Gaza Under Attack, Refugees Deteriorating Conditions)

The UNRWA report finds that the private sector was particularly badly hit compared to the government sector. In the second half of 2010 businesses shed over 8,000 jobs, a decline in employment of nearly 8 per cent relative to the first half of the year. By contrast, the Hamas-dominated public sector grew by nearly 3 per cent during the same period. (UNRWA: Gaza blockade anniversary report)

Human rights activists have criticized the international community for its silence on the flagging Gaza economy that has been shattered by the siege and the 22-day Israeli assault on the Gazans at the turn of 2009. (UNRWA: Gaza blockade anniversary report)

“These are disturbing trends,” said UNRWA spokesman Chris Gunness, “and the refugees, which make up two-thirds of Gaza’s 1.5 million population were the worst hit in the period covered in this report. (UNRWA: Gaza blockade anniversary report)

“Over a million refugees in Gaza live in hard conditions in several camps across the strip and are dependent on assistance provided by the UNRWA,” the report said. (UNRWA: Gaza blockade anniversary report)

The UN agency needs to build 100 schools and 10,000 housing units in addition to a number of health centers but these have been severely hampered by Israeli siege of the strip. (UNRWA: Gaza blockade anniversary report)

Successive UN human rights chiefs have slammed Israel’s illegal settlement plans, its Gaza blockade and the building of an apartheid wall across Palestinian territories in the occupied West Bank among other things. (UNRWA)

Refugees are still going through endless crisis, beginning with electricity and including fuel, which affect all walks of life in the besieged coastal enclave. The newly published report states that over 70% of refugees depend mainly on aid delivered by UNRWA.

And Now, for a Video We Like to Call:

Gazans who have been under Israeli blockade for several years have been largely dependent on food supplies, goods and fuel brought in via the tunnel. (UNRWA: Gaza blockade anniversary report) 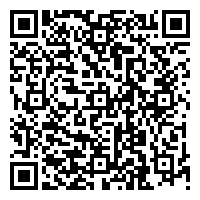