In Israel, the period between the end of school (always June 30) and the beginning of the new school year (always September 1), is known as “Hachofesh Hagadol” (“The Big Holiday”). While in the States, kids of all ages head off to day camp or sleep away camp, kids here have few camp options other than “kaytana” (summer camp for kids fourth grade and under).

Generally, this period is pretty chaotic – with parents trying to balance work commitments and looking after their children. In better times, I understand that many parents organize round-robin childcare with other neighborhood parents. Other parents bring their kids along to work. Olim often use this time to return to their native countries for some quality time with their family.


Above all, Israelis make sure to take advantage of some of this time to explore the bond with their homeland and family. Scanning through my Facebook feed, I was awed by pictures of water hikes friends had taken in Israeli National Parks; tantalized by pictures of gigantic pomegranates, limes, and clementines that friends were picking in Israeli farms in the Gush; and excited by pictures of graffiti tours through the modern city of Tel Aviv. As I have not properly toured the country since seminary a lifetime ago, there seemed to be endless choices of places to visit with my newly-Israeli family.

There is actually a fantastic Facebook group – “LoveLoveIsrael-Tried and Tested” – where you can find everything you may want to know about visiting almost anywhere in Israel. Posts include invaluable tips such as what nearby beaches have the best playgrounds and where to find discount tickets. Whether you live here or are only planning a visit, this group provides lots of ideas.

While I had grand plans for this vacation, the summer months swept by us between our unpacking and settling into our new apartment. But with school less than a week away, I was resolved to work in an overdue Yom Kef (“day of fun”). I could have skipped all my research as there was only one place my son wanted to go – back to the beach!

As the point of the outing was to enjoy our land with family, I decided to follow his lead. After consulting Facebook, we decided to try an unfamiliar beach, Pirate Park in Ashdod. While the cool pirate-themed playground that gives the beach its name was closed due to the coronavirus, the beach itself provided more than enough entertainment for my kids.

The beautiful Mediteranean Sea was so mild the morning we went that my son said it was like taking a bath as he dove through the water with my husband. After being swept off her feet once by the waves, my daughter happily occupied herself by filling up and pouring water out of her bucket while she sat on my lap in the water. It was truly a picturesque day.

As it turned out, though, my son ended up having an opportunity to explore a whole lot more of Israel than I expected. The Israeli Ministry of Aliyah and Integration decided to throw a special event for children who made aliyah this year and would be entering kita alef. How better to introduce all these new kids to their new land than an event at Mini Israel Park? For those unfamiliar, Mini Israel Park boasts miniature replicas of cities and landmarks around the country, complete with tiny figurines, moving vehicles and even sound effects!

One hundred and twenty kita alef kids attended the event. These little olim were from all over the world – Russia, France, South America, Ethiopia, and the United States. Tours were provided to each of the olim groups in their native languages so everyone could enjoy the experience.

Over the course of an hour and a half, my son excitedly toured the length and breadth of the country. My son’s favorite site to visit surprisingly was Haifa. When I asked him why, he explained that one day he hoped to go to the Technion to study to be an engineer. I couldn’t believe that after only five months in Israel, my six-year-old felt so at home that he was already planning his college career here.

Given everything happening in the world today, I can’t be too disappointed in our Chofesh Hagadol. While we may have missed touring the major landmarks, we had plenty of opportunities over the last two months to explore local parks and sites. G-d willing, there will be many occasions to consult my more adventurous itineraries in future vacations. 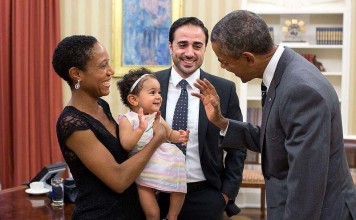 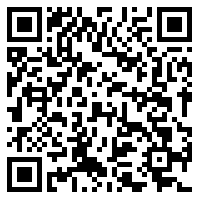