Preparing for Pesach is always a challenge. I would say this year more than ever. I told myself I would steer clear of the talk about this terrible virus that has covered the world but it’s almost impossible.

Preparations for Pesach usually includes running and shopping and long lines in all the stores, terrible traffic wherever you go, and credit card bills that you have no idea when or how you will pay.


All one usually thinks about this time of year is how to make their Seder night and Pesach as nice as they can. The bills will come later. Planning which beautiful outfit I will wear the first night and which on the last. Which trip we will take during Chol HaMoed and which friends we will visit throughout. How crowded will the hotel be and how delicious will the food come out. Some of these thoughts might still be relevant, like what I will wear on the Seder night, or how good my food will turn out. But everything is different.

I go to sleep hoping things will change in the morning and this big nightmare will be over and then the morning comes and all I hear are new restrictions regarding this crazy epidemic.

It’s hard to believe the times we are living through. It’s written in so many holy books about the time of the redemption. Yes, we are all waiting for the full redemption to come, however, many holy and wise scholars and righteous men said, that although everyone is anxiously awaiting the time of the redemption, they don’t want to live in that generation when the full redemption will come. The trials that will encompass the people of Israel will be so great that they don’t want to be part of it.

This is a hard verse to understand. We are talking about great scholars who were not concerned with what kind of steak they would eat, or if the hotel they wanted to go to closed down. They didn’t care if all the shops were closed or if they had to stay home and learn from home.

So what in their words and thoughts was so hard that they wished not to be in that generation?

These past few weeks seem like eternity. I find myself many times thinking about all the hard times that the Jewish people have gone through, throughout all the past generations. To compare our hardships to those of our ancestors who suffered and survived all sorts of pogroms and holocausts in the course of history would be absolutely outrageous. And yet I would definitely say that the Jewish nation today is suffering. What kind of suffering are we going through today? What is that fear of the holy Rabbis in the past, who did not want to be in the final generation before the full redemption of the Jewish people? What is the trial of the Jewish Nation today?

It is written in the prophet Amos, chapter 8, pasuk 11, “And the days will come says Hashem, and I will send a famine onto the land. Not a famine for bread not a thirst for water, rather a thirst and a desire to hear the words of the Almighty.”

Hashem has put a hold on this world with this little bacteria. We all have food and we all have homes. No one is torturing our bodies or requesting to execute us all in one day. And still we all feel that something terrible is invading us as a Nation and as human kind at large. What are the “words of Hashem” that the prophet was referring to? Which words are we so thirsty to hear?

In our fast moving generation, we have all the information we could think of at the touch of a finger. We have technologies today that can put a man on the moon and create almost anything we want with the help of the computer age we are living in. So where is Hashem in this great and fast technological age? We have everything physical, but do we have the words of Hashem? What are G-d’s words? In the past we had great people and leaders like our forefathers and great prophets that brought to us the words of Hashem. And today we have no more prophets like Moshe Rabbeinu nor other great leaders and kings like Kings David and Solomon to guide the Nation and bring forth to us the words of Hashem.

This I believe is the meaning of that verse and the call to our Nation during these hard times. We must realize what it is Hashem is telling us. G-d wants us to cry and beg Him to send us a true G-d fearing leader like the Jewish people had in the past, when Moshe Rabbeinu took all the Jews out of Egypt, during this exact time period many years ago. Do we want this plague to leave so that we can go back to doing exactly what we were doing before? Or are we starving for the words of Hashem?

Wishing us all true salvation. 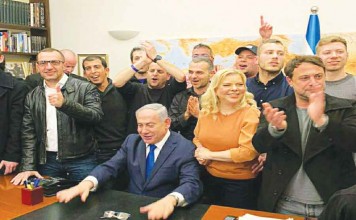