On Thursday night, November 21, Rabbi Chaim Malinowitz – general editor of ArtScroll’s Schottenstein Talmud and rav of Beis Tefillah Yonah Avraham in Ramat Beit Shemesh – suddenly passed away in Jerusalem. His funeral took place in his shul and he was buried in the Rechovot cemetery near his parents.

As general editor of the ArtScroll Talmud, Rav Malinowitz reviewed every single line and every single footnote of the English and Hebrew translations of the Talmud Bavli and Yerushalmi. Rabbi Sheah Brander of ArtScroll told The Jewish Press, “Rabbi Malinowitz had an amazing handle on all facets of Torah. There was not a place in Shas or poskim where he lacked a clear understanding. He was an ish emes (man of truth) who possessed the truth of every sugya.”


Another ArtScroll editor related that Rabbi Malinowitz “possessed an incredible knowledge of Torah and an eye for inconsistencies in the translation. He also knew every commentator that was cited and if the citation exactly fit.”

Rabbi Chaim Malinowitz was born on the Lower East Side of Manhattan in 1952. His father, Rabbi Avrohom Aharon Malinowitz, had been a disciple of Rav Aharon Kotler at Yeshivas Etz Chaim in Kletzk, Poland. As a child, Chaim attended Yeshivas Rabbeinu Yaakov Yosef (RJJ) on the Lower East Side. He then learned in Yeshiva Gedola of Philadelphia where he developed a close relationship with Rav Mendel Kaplan.

Young Chaim then went on to learn at Yeshivas Iyun Hatalmud in Monsey, headed by Rav Abba Berman, who has been one of the greatest geniuses at the Mirrer Yeshiva in Poland. His Monsey yeshiva was geared to a small group of elite talmidim who could understand his brilliant shiurim, and Chaim became one of his closest talmidim. Rav Berman actually appointed him to head the kollel he left behind in Monsey when he moved his yeshiva to Israel.

Rav Chaim Malinowitz received both yoreh yoreh and yadin yadin semicha from Rav Moshe Feinstein, and in Monsey he served as a leading dayan on the beis din of Rav Shmuel Leib Landesman (no relation) and founded a vasikin minyan.

In 1992, Rav Malinowitz, together with Rav Yisrael Simcha Schorr, was appointed General Editor of ArtScroll’s monumental Schottenstein Talmud. Five years later, due to his tremendous love for Eretz Yisrael, Rav Malinowitz and his family made aliyah to Jerusalem.

Rav Chaim continued his work for ArtScroll in Israel and taught at Aish HaTorah. In 2002, he also became rav of Bais Tefillah Yonah Avraham in Ramat Beit Shemesh (Aleph).

In addition to overseeing the ArtScroll Shas, Rabbi Malinowitz reviewed every line of other sefarim published by ArtScroll, too, such as its new elucidated Mishnah. Rabbi Brander of Artscroll said, “Rabbi Malinowitz maximized his time to an amazing extent. Though busy with his kehillah and other tzarchei tzibur, based on the tremendous amount of work he performed, one would think that he devoted every waking moment exclusively to ArtScroll.”

Fascinatingly, Dr. David Kallus, president of Rav Malinowitz’s shul (BTYA), told The Jewish Press, “I knew Rav Malinowitz had many things on his plate, but it seemed like he spent all his time on the kehillah.”

Rav Malinowitz helped create a large and unique kehillah focused on spiritual growth for English-speaking olim at Bais Tefillah Yonah Avraham. Besides the drashos he delivered to packed crowds every Shabbos, Rav Malinowitz also delivered weekly shiurim on everything from Chovos Halevavos to Shev Shmaytsa to Navi to Tanya. He also learned one-on-one with many congregants.

The shul president noted, “Rav Malinowitz taught our kehilla the simcha it is to have reliance on Hashem, to have bitachon.”

All who knew Rav Malinowitz emphasized how impressive he was on a personal level. Despite being a genius and major talmid chacham, he was very much down to earth, humble, and willing to listen to others and change his mind. Rav Malinowitz was selfless when it came to helping others, giving both precious time and excellent advice or financial assistance from his own pocket. Lastly, Rav Malinowitz was fearless and stood for truth. 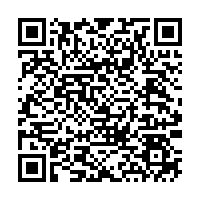