The Torah prohibits both geneivah (Leviticus 19:11) and gezeilah (ibid., 19:13). What’s the difference between them?

The Midrash (Bereishis Rabbah 54:3) states that gezeilah is open theft. Indeed, according to one opinion cited in the Midrash, a person must steal in front of a crowd of at least 10 to be considered a gazlan. Otherwise, he is a ganav. Another opinion states that to be considered a gazlan, a person must come face to face with his victim and grab an item out of his hand.

A ganav, on the other hand, conceals himself from his victim and steals in a stealthier, sneakier way (Bava Kamma 79b). Even if the victim ends up seeing him, he is considered a ganav as long as he tried to hide himself (Sma to Shulchan Aruch, Choshen Mishpat §348:7).

Similarly, Maimonides (Hilchos Geneivah 1:3) writes that a ganav takes another person’s possessions in a clandestine way while a gazlan takes them in the open with force.

Ernest Klein (no relation) writes that “gezel” is related to the Arabic word “jazala” (cut off), which is a violent way of ripping out an object from the hands of its rightful owner.

Rabbi Shlomo Pappenheim (1740-1814) and others explain that the biliteral root gimmel-zayin primarily refers to shaving or trimming, which is a type of cutting that leaves some parts attached and some parts detached. Words derived from this root include: “geiz” (the grass remaining after trimming), “gozez” (the act of shearing wool from sheep), “gazam” (a type of grasshopper that eats some produce and leaves over the rest), and “geza” (a tree with a truncated top).

Rabbi Pappenheim does not explicitly connect “gezel” to this two-letter root, but perhaps it is related since robbing involves taking an item from somebody while leaving the rest of his possessions intact.

The Torah (Exodus 21:37) imposes special fines on a ganav. He must pay double the value of what he stole, and sometimes four or five times the value. A gazlan is not fined in this manner. The Talmud (Bava Kamma 79b) explains that the Torah deals more harshly with a ganav because a ganav’s actions bespeak an especially heretical and unacceptable worldview. By stealing stealthily, he demonstrates that he cares more about what people think than what G-d thinks.

(By the way, if you ever get confused between “ganav” and “gazlan,” you can use this neat mnemonic I heard from my fifth grade rebbe, Rabbi A. Y. Berman: The gaNav steals at Night [i.e., when nobody is looking] while the gazLan steals in the Light [i.e., out in the open].)

Based on an uncertainty in the Talmud (Bava Kamma 57a), there is a dispute among the authorities whether “listim” (armed robbers) are considered ganavim or gazlanim. On the one hand, listim steal out in the open, yet they also carry weapons which suggests they are scared of being caught (see Kesef Mishnah, Lechem Mishnah, and Even HaAzel to Laws of Geneivah 1:3).

“Listim” is derived from the Greek word leistes (λῃστής), which means robber. It is really the singular form of the word, but since it sounds like a plural word, it came to also means multiple robbers. Rabbinic verb forms of listim were also derived from this Greek word (e.g., “li’lastem,” which means to rob).

The word “chamas” also appears in the Bible in the sense of thievery and stealing. For example, the Bible reports that G-d resolved to bring a flood upon the generation of the deluge “because the land had been filled with chamas” (Genesis 6:13), which Rashi (following Sanhedrin 108a) explains refers to theft.

“Chamas” or cognates thereof appear some 60 times in the Bible but do not always mean stealing; sometimes, they are just general forms of violence and injustice. Indeed, Dr. Hayim Tawil writes that “chamas” is related to the Akkadian word “hamasu,” which means to oppress or to do wrong.

The Arabic “chamas” is related to the Hebrew “chamesh” (five) – perhaps because of the proverbial “five-finger discount” to which thieves are privy. (The Hebrew “chamas” is not etymologically connected to Hamas, the Arab terrorist organization, although there may be a certain thematic affinity between them.)

If you enjoy this column, please consider helping fund the upcoming third edition of my book, “Lashon HaKodesh: History, Holiness, & Hebrew,” at http://bit.ly/3hebrew. 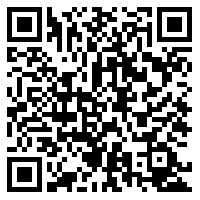