Hope everyone had a meaningful Yom Kippur. I dare say that the essential essence of the day is in many ways easier to connect to under the current worldwide circumstances. Maybe that’s the whole point…

Once again, we must start with Corona. Numbers of infections continue to be sky high in Israel, with the total number of deaths recently topping 1,500 and the number of seriously ill now over 800. Hospitals have opened new “corona wings,” including in underground parking lots.

The lockdown that started before Rosh Hashanah has been somewhat tightened, although many seem to still be ignoring it. Synagogues, schools, and most businesses are closed and movement is limited. Now the Knesset has taken a very controversial step and tried to ban political protests.

Don’t worry, the Attorney General, who actually runs the country, likes the protests against Prime Minister Netanyahu, so he has somehow allowed them to continue. Prime Minister Netanyahu has said that the shutdown will continue after the holidays and may last six months to a year. Really hard to even fathom that possibility. Even the recent presidential debate in America was more positive and cheerful than that.

The rest of the Middle East didn’t use the auspicious Yom Kippur day for repenting. They had other plans. Here’s what going on in the region:

* It seems that a full-blown war has broken out between Azerbaijan (yes, I looked up how to spell that) and Armenia. They contest an area between the two countries and likely each other’s existence altogether. Difficult to ascertain exactly how many people have been killed and stuff like that – shockingly, there isn’t such a large media presence in those two powerhouse countries.

However, that doesn’t mean the conflict isn’t significant. These days it’s about alliances. Turkey is supporting Azerbaijan, and Russia has traditionally supported Armenia. The conflict area borders Iran, and Israel has also been involved in supplying arms to the Azers. Nothing happens in a vacuum in the Middle East!

* The 91-year-old Emir of Kuwait has died and has been replaced by his 83-year old half-brother. Kuwait has until now ruled out relations with Israel, but let’s see what the new guy thinks.

* There have been terrorist attacks in northern Lebanon, and some are attributing them to a resurgence of ISIS. New year, same old terrorists.

* The U.S. has threatened to evacuate its embassy in Baghdad if attacks on it continue. It seems the Trump administration doesn’t think that the Iraqi government is doing enough to combat local pro-Iranian terrorist forces. This could potentially be a huge loss for Iraq and cause even more instability there (yes, that is somehow possible) and in the region.

Reports continue that Israel will establish relations with at least Sudan and Oman in the next few weeks. President Trump has said the number could be as high as nine countries. Still nothing concrete since the agreements with UAE and Bahrain. However, more and more cooperation is taking place every day between the three friendly countries – it’s totally wild.

Rabbanit Miriam Levinger passed away this week at the age of 83. She was preceded in death by her husband, Rabbi Moshe Levinger, z”l. and leaves behind 11 children and many dozens of grandchildren.

It would be impossible in this brief news update to fully explain exactly who she was and all that she accomplished in her life. I encourage folks to use Google to the best of their abilities. I see a lot of these stupid lists of supposedly important and influential Jews. The Jerusalem Post had one of the worst I’ve ever seen recently. It clearly has no idea what the words Jewish or influential mean.

If you want to talk about real influence and a real example of what it is to be a Jew, it’s doubtful you could find a better example than Rabbanit Levinger, a”h. Generations of Jewish women already emulate her and aspire to live their lives based on her personal example. She personally led the Jewish return to the city of Hevron and is the spiritual matriarch of the entire Jewish return to Judea and Samaria.

Not sure if Rabbi Joe Biden or his Jewish lackeys will be quoting this Jewish text, but the Talmud in Sotah (11b) says that “in the merit of the righteous women our ancestors were redeemed from Egypt.” Through the personal and heroic actions of Rabbanit Levinger, a”h, the biblical city of Hevron was redeemed for the Jewish people.

She might not have made any of those stupid lists in her lifetime, but her real Jewish influence will continue forever, and that is a blessing for all of us. 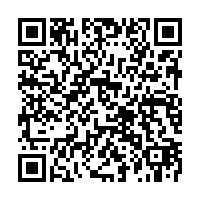