Not going to report much on the U.S. presidential election, especially since it’s still not decided yet! It seems that many folks are feeling tremendous pressure to congratulate one of the candidates before the final state tallies are announced and high-level legal decisions are rendered. I feel no such pressure. I guess I’m just cool like that.

The potentially biggest news in Israel this week is the death of PLO “negotiator”/terror supporter Saeb Erekat in a Jerusalem hospital from Covid-19. I say “potentially” because it’s impossible to predict at this time how much effect his death will have – could be negligible or could be quite significant.

How so? Erekat wasn’t young – 65 when he died – but he wasn’t nearly as old as PA leader Mahmoud Abbas is: 84. Despite the age difference, the two are very much considered the same generation, and Erekat’s death could signal the beginning of the end for his remaining cronies.

This is the generation that is known by the international community as the official leaders of the “Palestinian people,” who personally served under arch-terrorist Yasir Arafat and benefited financially and otherwise from the Oslo peace business scam.

Their recent and likely impending demises may usher in a new generation of leadership (read: lying thieves) or may lead to absolute chaos and collapse.

Just an additional nugget. Erekat lived in Jericho – the first city in Judea and Samaria (West Bank) that was turned over to the Palestinian Authority in 2005. That process was then applied to other cities and hasn’t gone so well.

There was originally talk of Israel extending sovereignty over all the Jewish communities in the Jordan Valley but excluding Jericho and surrounding Arab villages. Jericho’s relatively meager population of approximately 20,000 could theoretically allow for its incorporation into Israel as well.

It would be a bold move, but a wild symbolic signal towards the end of the Oslo debacle.

Retail stores have reopened this week in Israel and active corona cases continue to decrease – there are now about 8,000 active cases. Nonetheless, the government is threatening a third lockdown if numbers don’t go down faster.

Meanwhile, Hadassah Hospital bought 1.5 million doses of the Russian vaccine. Apparently it only works if you have never said anything bad against Vladimir Putin. Otherwise…

Israeli Elections on the Horizon?

Pretty much everyone, except Prime Minister Netanyahu, is publicly predicting new elections in Israel very soon. Likely in March. There will be a very consequential meeting between Netanyahu and Blue and White Party’s leader Benny Gantz at some point in the near future, and things will probably become clear after that.

I hope we have mail-in voting because I really want to “help” thousands of my neighbors vote for the “best” candidates!

War is Over Between Azerbaijan and Armenia

It appears that the war between Azerbaijan and Armenia is over, for now, and Turkey and Russia have won again! Russia has brokered an agreement that will end the fighting and send thousands of Russian “peacekeeping” soldiers to the area.

Turkey will also have a role in monitoring the situation. It won in Syria and now in Nagorno-Karabakh. It’s still way too early to determine how these geo-political changes will affect the Middle East, but it certainly will not curtail an increasingly confident and aggressive Turkey.

Right now in the Middle East, Turkey, Iran, and Israel/Sunni allies are all competing against each other for dominance. That last pairing is the surprise contender and my favorite to win.

Seemingly in honor of this week’s annual reading of the Torah Portion of Chayai Sara, which details Avraham’s legal purchase of land in Hevron to bury his wife Sara, the Israeli Civil Administration has issued a permit for the construction of 31 residential units for the Jewish community of Hevron.

The last construction came almost 20 years ago and was not intended to increase the size of the Jewish community, but to protect current residents from terrorist shooting attacks. There is currently a court injunction preventing the beginning of construction on the project after a complaint was filed by Israeli left-wing groups.

The court is scheduled to convene on the matter at the end of January and a decision is expected soon thereafter. If the injunction is removed, with the permit now in place, construction would be able to commence immediately.

I guess Avraham was pretty lucky there were no left-wing groups around when he was expanding the Jewish presence in Hevron. They must have not made it out of Sodom (last week’s parshah). 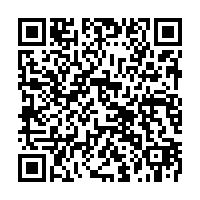