Happy Chanukah! Many Chanukah gifts here in Israel to report this week! Despite the holiday, tons of stuff going on.


Normalization with Morocco (and Others?)

It was announced this week that Morocco and Israel are establishing official diplomatic relations. This further achievement for the “Abraham Accords” is largely due to the efforts of the Trump administration, including the U.S. government recognizing Morocco’s claim to a contested area of land called “Western Sahara.”

As was the case with other Arab countries, it is well known that Israel and Morocco were in regular contact for many years, but it was all kept very quiet and “unofficial.” Direct flights are now being established and tourism between the two countries is expected to expand dramatically. Hundreds of thousands of Israelis are of Moroccan descent and many, the ones not in prison, plan to visit.

The Trump administration has promised that more normalization agreements between Israel and Muslim countries are on the way. It is widely predicted that the Persian Gulf Arab nation of Oman will be the next in line to establish relations with Israel.

Another rumor is that Indonesia (the most populous Muslim country in the world) may also establish ties. The most recent reports are that a delegation from a large Muslim country secretly visited Israel last month and some are saying it’s Pakistan.

At this point, if President Trump doesn’t get the Nobel Peace Prize, Obama should really just give him the one he got for doing nothing.

Hundreds of thousands of Covid vaccines will be arriving in Israel soon, and mass vaccinations are expected to begin sometime next week. A large proportion of the population is reportedly skeptical of receiving the injections initially.

Large numbers of medical staff and at-risk/older members of the population will likely receive the vaccine right away. This will dramatically reduce the number of serious cases. After that, more folks will choose to be vaccinated, but others will just ignore the whole thing and will probably be fine.

It’s still unclear when the country will be opened to foreign tourists, but the spring seems like a good bet, maybe even Pesach.

Due to continuing disagreements between the Likud and Blue and White parties, the bill to disperse the current Knesset will not be brought to a vote this week. It is, however, expected to be voted on next week at which time it is expected that new elections will be announced.

Despite the delay, there has still been plenty of pre-election drama. Here’s a brief recap:

* Knesset Members Yoaz Hendel and Zvi Hauser announced their support for Gidon Saar’s “New Hope” party. They were promptly fired from their Knesset committee and cabinet positions by Benny Gantz, their previous patron.

* Current Likud MK Dr. Yifat Shasha-Biton announced that she too is joining Gidon Saar’s party and will be #2 on the party list. She hasn’t been fired from anything yet by Prime Minister Netanyahu, but she might be next week.

* Polls suggest that Saar’s party continues to gain support, mostly at the expense of Naftali Bennet’s Yamina party, and is now within a few seats of Likud and would be the second largest party in the Knesset.

Of course, these polls are notoriously wrong and I have no idea why anyone pays any serious attention to them.

* Naftali Bennett is talking about “unity.” No idea what he means by that, but there must be some kind of actual political message in there somewhere.

* The Arab parties that make up the “Joint List” are also fighting with each other, but since none of them are guaranteed to pass the election threshold alone, they’ll have to work it out somehow.

Besides the fact that it’s always a good idea to make sure these things work and can work together, it definitely sends a clear message to Iran and its lackeys in Lebanon/Syria that Israel has an answer to whatever they got.

Reports indicate some kind of progress between Israel and Hamas on an exchange of hostages (alive and dead) being held by Hamas for live terrorists being held by Israel. No exact details have emerged as of yet. Israel released over 1,000 terrorists previously in exchange for the return of Gilad Shalit. Many of those terrorists continued with their terrorist activities after their release. Hard to believe we’d do it again, but…

Many important things were supposed to be voted on in the Knesset soon, but now it’s all up in the air. Doesn’t seem like important decisions will be made in a timely fashion, but bigger miracles have happened… like Chanukah! Happy Chanukah! 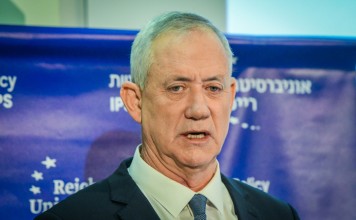