The “four years of plenty” ended this week. Politics aside, every reasonable, cognitively and psychologically healthy person must realize the scale of the tremendous, unprecedented contributions that President Trump and his administration made to Israel and the Jewish people in the last four years.

I won’t even attempt to list them all here, but my friend Yishai Fleisher wrote a really nice article about many of them in Newsweek, so you can google that. However, at the end of the day, no finite list could really do it all justice.


So instead of focusing on all the good, let’s focus on some things that could have happened, but didn’t. None of it is Trump’s fault; internal Israeli politics are to blame.

* No sovereignty was extended: Despite numerous promises from Prime Minister Netanyahu and something bordering on support to general indifference from the Trump administration, Israeli sovereignty was not extended over any areas of Judea, Samaria, or the Jordan Valley. Just didn’t happen, period.

* No mass authorization of “outposts”: Despite much hope on the right, there was no large-scale authorization of small Jewish communities built without permits throughout Judea and Samaria.

There are more than 100 such places. There were proposals for all of them to be legally arranged, then 70 of them, then 40 of them, and then six of them, but with no success. Let’s be fair about who caused this. Benny Gantz is definitely to blame for the six not being approved, maybe even 40, but we have to blame Netanyahu for the rest.

Without an Israeli government decision, the communities can’t be connected properly to electric, water, and communication systems. This wasn’t so awful when there were 10 or fewer families in each place, but now there are thousands of people and many of them are children.

When there is a problem because of a breakdown in whatever rigged system the entire community is using to supply water or heat to their homes, an extra jug of water or some firewood isn’t really going to cut it. Scary to think what will have to happen for this simple government decision to finally be made.

* No large-scale Jerusalem building or development: Despite plans for new Jewish neighborhoods in Jerusalem, like Atarot and Kidmat Tzion, no serious construction was approved. The new neighborhood of Givat HaMatos, which was approved for construction during the Obama administration, has seen some progress, but no construction on the ground occurred.

Meanwhile, illegal construction by Arabs remained rampant. And there were no changes in the status of endangered Jewish religious sites or politically significant areas. President Trump moved the U.S. Embassy to Jerusalem, but Israel still can’t keep intentionally-thrown trash off of Jewish graves on the Mount of Olives.

* No cancellation of the Disengagement Law: The law, whose passage Prime Minister Netanyahu supposedly vigorously opposed in 2005, legally forbids Israelis from entering specific areas of the Gaza Strip and the northern Shomron (Samaria).

Practically, the cancellation of this law would allow for the legal presence of Israelis in the former four communities in the northern Shomron – two of which are readily accessible and often visited by local Jewish residents. But cancellation of the law did not come up for a vote in the Knesset despite widespread support for such a vote.

The number of coronavirus infections continues to dramatically rise in Israel with individual days seeing up to 10,000 new cases. This despite the current lockdown, including the closure of all schools, which has now been extended until the end of January.

The number of vaccinated Israelis (about 2.5 million so far) continues to climb as well and shots are now being administered to anyone over the age of 40. The Health Ministry reports that 80 percent of folks over 70 have received at least one shot so far.

Unfortunately, the number of deaths has now exceeded 4,000 and hospitals are overwhelmed with the over 1,000 patients in serious or critical condition. Despite these grim statistics, the number of serious cases is expected to begin to decline soon and then plummet as the effect of the vaccines is felt.

Prime Minister Netanyahu pledges that the entire economy will be open by March. Hopefully that’s a better promise than the promises mentioned in the previous section of this update.

The Feb. 4 deadline for final party lists for the upcoming Israeli elections is quickly approaching. There are still numerous parties polling below the electoral threshold of four Knesset seats. Whether these parties join together or join larger parties still remains to be seen.

So far, everyone continues to go it alone, but expect that to change soon. Unlike in the past, there is a good chance that the entire right will join together so as not to squander any seats this time.

There is a much better chance of the left and Arabs losing seats. And that is definitely causing me to lose sleep at night, let me tell you! 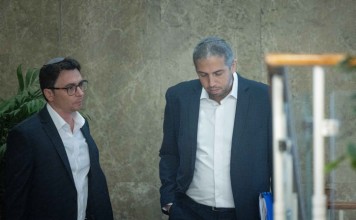 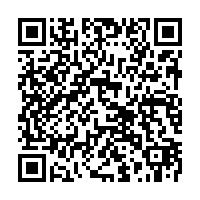