Both America and Israel getting hit with snow this week. More easily predictable than snowfall: that Iran would go wild if Joe Biden became president. So far this week:


* Missiles were shot by Iranian proxies at U.S. forces in Iraq, killing and wounding Americans

* The Iranian-supported Houthis (no longer terrorists according to the Biden administration) have begun a military offensive within Yemen while continuing to threaten Saudi Arabia and pretty much everyone else. US Secretary of State Antony Blinken has warned the Houthis to behave. No chance they care.

* Hezbollah, another Iranian proxy, is talking mad smack – even for them – about attacking Israel.

Things are definitely heating up in the Middle East, despite it being quite cold. Could anyone have predicted this? Everyone did.

The cabinet held an impromptu confidential meeting this week. All details of the meeting are banned from publication other than that the subject of the meeting involved a “humanitarian” situation in Syria.

While I don’t know what it was about and wouldn’t be able to write about it if I did, it was reported last week that Russian forces were searching burial grounds in Syria for the remains of missing Israeli soldiers. An entire area was cordoned off and access was severely limited.

Two years ago, Russian forces successfully located the body of missing Israeli soldier Zachary Baumel, Hy”d, and returned his remains to Israel. Hopefully the others, including Eli Cohen who is also believed to be buried in Syria, will soon join him and their families can find some comfort.

Thankfully, Covid-19 numbers continue to go down in Israel. Over four million people have received the first shot of the vaccine and over 2.5 million have already received the second shot. The number of seriously ill patients is now less than 1,000 and will likely dip below 900 in the near future.

Since over 90 percent of Israelis over the age of 60 have been vaccinated already, the bulk of new serious cases are among those under 60. As worrying as that is, many of those in serious condition are slowly recovering. That includes many women who became infected while in the later stages of their pregnancy.

As a result of the positive trend, Israel has already opened many schools throughout the country and will open many more this coming Sunday. Additionally, stores, hotels, malls, cultural sites, and national parks will also be opened. Some will require proof of vaccination or recovery to enter.

The government has proposed restrictions on Purim celebrations which clearly no one is going to keep.

Five weeks to go until Election Day, and yet Israelis are already taking polls seriously. No idea why.

* Likud continues to hover around 30 seats in the polls. This far outpaces the closest contender, Yesh Atid, which has 18 or so projected mandates.

* Naftali Bennett recently declared that his party doesn’t have enough support to enable him to become prime minister. Welcome to the real world, bro. However, Bennett and his party do theoretically have a large role to play in the eventual forming of a right-wing government. That’s assuming they pass the electoral threshold; they missed it once before.

* Gidon Saar of the “New Hope” party fired his political strategists from the Lincoln Project in the U.S. Let’s just say that his brief association with these people did not do wonders for his campaign. Could anyone have predicted this? Yes.

* Benny Gantz continues to demand to be taken seriously despite the fact that his party is failing to cross the electoral threshold in various polls.

* Avigdor Lieberman called for other political parties to join him in promising to boycott the charedi parties. Nobody, including Yesh Atid, agreed. This man must constantly pine for the Soviet Union. 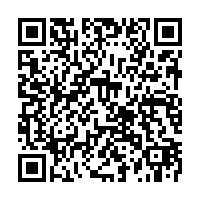