It’s mostly positive news this week – unless you live in a Democrat-controlled city in America. Good luck with that. Cautionary note: There’s no bad situation that can’t be worse. Time to move.

Trip to the UAE


Definitely the big news this week was the EL AL flight from Israel to Abu Dhabi – through Saudi Arabian airspace. A few firsts there! Neither one of those things had ever happened before this week. On the flight joining the Israeli security, health, and economic officials were Jared Kushner and U.S. National Security Advisor Robert O’Brien.

Israeli security official Meir Ben Shabbat comfortably wore his kippah, something that still can’t be done in Jordan after over 25 years of “peace.” Looks like a whole different ball game with these folks.

Already agreements are being signed between the two countries to advance mutual interests. Seems the sky’s the limit. Also limitless: the Palestinian Authority’s anger at all this winning. Nobody seems to care.

The only two sticking points:

1) There is a lot of discussion over whether the UAE will receive F35 fighter jets from the U.S. As of now, only Israel has access to such advanced weaponry in the Middle East, and the U.S. has promised to maintain Israel’s military superiority in the region. But what will happen long term? Not sure.

2) The UAE has stated that the agreement with Israel effectively eliminates Israel’s ability to extend sovereignty over Jewish communities in Judea and Samaria as called for in the Trump’s peace plan. Prime Minister Netanyahu continues to promise that he will, in fact, extend sovereignty and relatively soon. Seems that they both can’t be right.

Kushner at the Wall

One more point about Jared Kushner’s recent trip to Israel before the trip to Abu Dhabi. The night before the historic flight, Kushner went to the Western Wall to pray. First of all, this would have been unheard of before President Trump became the first U.S. President to visit the Wall while in office. Now Trump Administration officials, including Ambassador Friedman, are regulars at the Wall.

Visiting such a revered place should never have been a question, much less prohibited. Additionally, Jared Kushner is a Jew who prays. Perhaps that’s why he has been so much more successful than all the other not-so-good-at-being-Jewish Jews who worked in past administrations. He takes Judaism seriously and therefore the Arabs take him seriously.

Finally, this is the direction American Jewry is going – more observant, more educated, more like Jared Kushner, and hopefully even more successful!

A truce has been announced essentially between Hamas and themselves. More like a unilateral ceasefire. As we have reported, Hamas recently resumed sending bombs attached to balloons towards Israel a few weeks back. Consequently Israel closed the border crossings with Gaza to shipments, including fuel.

Without fuel, there was no electricity in Gaza. Hence the ceasefire. If we would just cut off the water, we’d have peace in a few hours! Now that there’s a “ceasefire,” shipments will resume. It’s amazing how consistent this game is.

It appears that Israel once again successfully attacked a terror site in Syria last night. Somewhere between three and 13 terrorists were reported to have been killed in the strike. Undoubtedly, the targets were connected to Iran or pro-Iranian militias. No more details are available at this time. No military response from Syria – they are about as consistent as Hamas.

Speaking of consistency, Israel’s northern neighbor, Lebanon, continues to be a disaster. Now the Maronite Christians are talking smack against Hezbollah. Not sure how that ends peacefully.

And French leaders continue to visit Lebanon and try to exert some influence. No way that will help. France consistently just makes things worse wherever they go. Just ask Libya or Algeria or France. Literally anywhere.

The leftist protests calling for Prime Minister Netanyahu to resign continue in Jerusalem and other parts of the country. However, nobody really seems to care about them anymore. They never really had any chance of any semblance of success to begin with. Just unhinged venting by the left. Consistently losing for quite some time now.

Despite a consistent level of infections, most schools in Israel opened this week. Other restrictions were also reduced recently – like the number of people allowed at cultural events. A corona testing service has been installed at the airport and will hopefully help facilitate the opening of the country to foreign tourists very soon. Most likely after the holidays.

According to one “expert,” Israel should achieve “herd immunity” in the next few weeks, maybe even before Rosh Hashanah. That would be some amazing timing and hopefully a sign of wonderful things to come in the new year!

Can You Fire A Teacher Without Warning? 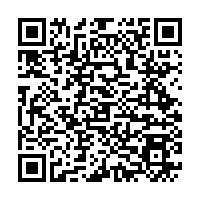