The Book of Leviticus concludes with a somewhat obscure prohibition known as temurah, which bars a person from attempting to transfer the holiness of one consecrated animal onto another (in effect, exchanging them). Should he attempt to do so, both animals become consecrated and must be brought as sacrifices. In formulating this prohibition, the Torah uses two words for exchange: “chalifah” and “temurah.”

Rabbi Shlomo Aharon Wertheimer (1866-1935) follows this basic approach with one slight tweak: He asserts that “chalifah” is a neutral word that refers to both switching out something good in favor of something bad and vice versa, while “temurah” exclusively refers to replacing something good with something bad.

Rabbi Samson Raphael Hirsch (1808-1888) also follows his great-uncle’s understanding of “temurah,” but explains that “chalifah” technically refers to the act of transporting/transferring something from one place/situation to another – whether or not something else will replace it.

Thus, the prophet Isaiah prophesies of the future vanishing of all idols by using the word “yachalof” (Isaiah 2:18). And a slaughtering knife is traditionally called a “chalaf” because it transforms an animal from a state of living to a state of death.

Since “chalifah” is used to describe getting rid of something and replacing it with something else, it can mean changing one’s clothes” (Genesis 35:2 and 41:14) and even outer garments themselves (Genesis 41:14 and II Samuel 12:20). (In Modern Hebrew, a chalifah is a gentleman’s suit.)

As mentioned above, the Torah stipulates that if one tries to transfer holiness from one animal to another, both the original animal and the new animal become consecrated. In making this point clear, the Torah states “hamer yamir” (and does not repeat the phraseology of “chalifah” like it did earlier). Rabbi Hirsch explains that once it is forbidden to transfer the holiness of one animal onto another, any attempt at effectuating such a transfer is considered “for the bad,” so the Torah only uses cognates of “temurah,” which implies a negative form of switching – replacing something better with something worse.

The Malbim (1809-1879) writes that “chalifah” focuses on the switched or transferred object(s), while “temurah” focuses on the person who facilitates this switch. (Essentially, the Malbim’s explanation boils down to the classic yeshivish cheftza-gavra construct.)

Psalms 106:20 states regarding the sin of the Golden Calf: “And they exchanged (vayamiru) their glory [i.e. G-d] for the form of a grass-eating ox.” Based on the above, the Malbim explains this verse uses a cognate of “temurah” because from G-d’s perspective – the perspective of the object in this case – the Jews did not actually replace Him. He remains unchanged whether or not we worship Him. But from the Jews’ perspective, they did effectively exchange Him in favor of another deity. Thus, a cognate of “temurah” is appropriate in that context.

What are the etymologies of “temurah” and “chalifah”? Many Hebrew grammarians felt beholden to the triliteral theory of roots, so they maintain that the root of “temurah” is either mem-vav-reish (Ibn Chayyuj) or mem-yod-reish (Ibn Chayyuj, Ibn Janach, and Radak). Other grammarians, however, believe Hebrew roots can be fewer than three letters. Thus, Menachem Ibn Saruk, for example, maintains that the root of “temurah” is simply mem-reish.

In Cheshek Shlomo, Rabbi Shlomo Pappenheim of Breslau (1740-1814) defines the core meaning of mem-reish as getting rid of something so that something else can take its place. He finds a bevy of words with this two-letter string that are related to this idea: For example, “mohar” (bride price) is given in exchange for a woman’s maidenhood, “mar” (bitter) is a taste that the taste buds reject and seek to replace with something more palatable, “morah” (razor) is an implement used to shave one’s hair, paving the way for new hair to replace those that were cut, and “amirah” (saying) is speech as a vehicle for the exchange of ideas, especially as proper etiquette demands that parties engaged a conversation alternate between listening and talking.

While most grammarians believe the root of “chalifah” is the trilateral chet-lammed-peh, Rabbi Pappenheim writes in Yeriot Shlomo that it is built on a hybrid of two two-letter roots: chet-lammed (circle, round) and aleph-peh (face, present). He thus understands “chalifah” to mean moving forward from the present by pivoting away from the current situation.

In practice, Rabbi Pappenheim writes that “chalifah” and “temurah” have become essentially interchangeable. 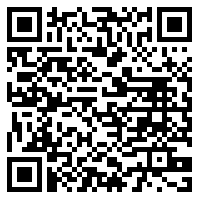