“Should we attempt to cross the border into Latvia, or should we remain here, in Zagare?”

1941. Sixteen men fleeing the Germans debated the question as if their lives depended on it. And it did.

These young men were born into a world surrounded by the mussar epicenter of Kelm and the famed seats of Torah in the cities of Kovna, Shavli and Skudville. Learning Torah had been their nourishment for as long as they could remember. Not every bochur possessed the intellectual skills, motivation and opportunity to leave home after bar mitzvah in quest of a yeshiva that would quench his thirst for learning, challenge his mind with pilpulim and chilukim and his soul with mussar va’adim. Before they fled, they had been studying in Telz with the Rosh Yeshiva, Rav Avrohom Yitzchok Bloch, the Mashgiach Rav Zalman Bloch and the illui Rav Mottel Pogremanski.

Now, these sixteen yeshiva bochrim and roshei chaburos had to weigh the pros and cons of fleeing northward, as if debating a sugya in Talmud. On the one hand, the German enemy, gleefully assisted by their turncoat Lithuanian neighbors, stalked them with guns, knives, axes, truncheons and any other tools that would expedite their murderous job. On the other hand, however, in order to escape northward into Latvia, they would have to cross undetected through a forty-kilometer-thick forest, and somehow join the retreating Russians who already fled from the approaching German Army. And even if they could survive the escape – what safety would primitive anti-Semitic Communist Russia offer them?

They debated their fates as they plodded through their native Lithuanian soil until they reached Papola, a town near the border. Aided by their litvishe calmness and their engrained ethic to let reason rule over emotion, they concurred that the Goral HaGra should decide their fates. Only someone who merits special guidance from Above and is great in Torah learning is capable of performing this holy procedure. Rav Chaim Stein, the oldest in the group, not only fulfilled the criterion, but was also privy to the exact steps of the proceedings. Fifteen pairs of eyes pursued Rav Stein’s fingers as he caressed the well-traveled Tanach. The birds did not chirp, the leaves in the trees did not rustle, and no breath escaped their lips, as their ears imbibed the ominous words: “But the Lord’s kindness is from everlasting to everlasting” (Tehillim 103:17). They crossed the border safely into Latvia.

With the German Army not far behind them, they joined the retreating Russians who were fleeing by train into Russia. They had survived the German bombardments that destroyed the tracks and hindered the mass retreat. They had eluded the strafing German planes by diving into fields of hay and emerging alive to repair the tracks and continue plunging deeper into the unknown. For three weeks they crammed together with Russian soldiers and citizens on this train on which there was barely enough room to sit on the floor with no idea when and where their cantankerous iron prison would spew them out. Two months later, they found themselves exiled to a labor camp where they toiled as woodcutters in the Russian forest of Bitsheva, from the hour of the zericha until after shkiya. Again, the yeshiva bochrim-cum-woodcutters were deep in debate over a new sugya. How could they procure a shofar for Rosh Hashanah?

They had already solved the sugya of working on Shabbos, when their elderly taskmaster allowed them to choose Saturday as their day off – even though their choice revealed their adherence to Judaism in a land where keeping religion was a capital offence. They had succeeded in learning without books, since one man knew the first half of the Ketzos by heart and another knew the second half. They all knew large segments of Talmud and Torah by heart, and shared their wisdom as they shared their daily bread.

But now Elul was reaching its end and they desperately yearned for a shofar. They devised a plan and dispatched Meyer Zelig Mann to the nearest village, armed with a cache of tobacco. If he could barter the tobacco for a sheep’s horn, then their prayers would be answered. He succeeded! But when they tried to blow, their red faces and exploding cheeks had no effect on the silent horn, which was blocked by its thick coat of cartilage.

They set to work by first simmering it over a fire for a whole day in the hope that the cooking would soften the cartilage. Then they pierced it with a red-hot piece of thick wire. Although they spent hours taking turns at the task, they were only partially successful. A narrow opening was created and each man tried to eke a sound out of the horn. They all tried their prowess, and when Yisroel Meir Karno finally managed to coax a feeble tekiya out of the horn, he was promptly appointed ba’al tokeyah. The next day Yisroel Meyer developed a high fever, and due to his general physical exhaustion and the starvation rations, his friends feared that he would not have the strength to blow the shofar on Rosh Hashanah. They helped him complete his quota of woodcutting and donated a part of their rations to strengthen him. “But the Lord’s kindness is from everlasting to everlasting, for those who fear Him.”

On Rosh Hashanah 5702, in a little hut in atheist Russia, sixteen yeshiva students began their extraordinary Rosh Hashanah davening. Yisroel Meyer blew the shofar, and also was the ba’al Shacharis. He knew the davening by heart, because having been orphaned by his father at the age of four, he had stood beside his uncle, Rav Moshe Boruch Broide, who was the ba’al Shacharis in the Kelmer Talmud Torah on Rosh Hashanah. Yitzchok Osband was the ba’al Mussaf and not only knew the long davening by heart, but was also blessed with a melodious voice. The young men rejoiced in this opportunity to rise above their precarious existence and to soar to new heights in their earnest supplications to their Creator. The final prayers of neilah were led by Rav Chaim Stein, as the men were replete with the fervent hope that the coming year would bring good tidings to them, their families, and the Jewish People.

Sixty-six years later, in the holy city of Jerusalem, the voices of thousands of shofrot accompanied the soul of Rav Yisroel Meir Karno, my father, as it ascended toward the Throne of Glory on the first day of Rosh Hashanah 5768. 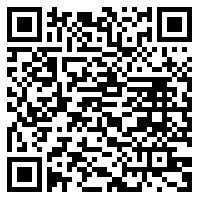