President Donald Trump on Friday said in a pre-Rosh Hashana conference phone call with US Jewish leaders that the Jewish new year “offers a new opportunity to seek peace.” He also said that he is “very hopeful that we will see significant progress before the end of the year,” and that he believes a peace agreement is “something that actually could happen.”

Jni.media obtained an email sent by a senior official of the Rabbinical Council of America who participated in the conference call to a friend whose name shall remain anonymous, describing the entire event:


“I just got off the call with President Trump. The call was arranged by the White House and the White House extended personal invitations to Jewish leaders. The call included non-rabbis as well. I do not know how many people were on the call.

“The call was off the record.

“President Trump was introduced by Jared Kushner who spoke about Mr. Trump’s Jewish daughter and grandchildren, as well as Mr. Trump’s support for Israel which he characterized as ‘never stronger.’

“President Trump wished the participants a ‘Shana Tova, a sweet year,’ and described his respect and admiration for the Jewish people. He cited the Jewish people’s long history of persecution and confronting evil and promised to always stand with the Jewish people and ‘our ally Israel.’ He said that the US and Israel alliance is not just based on its military interests, but on ‘shared values.’ ‘I love Israel,’ he said.

“He cited the US’s support for Israel in the United Nations and stressed that the UN should concentrate on the real threats of Iran, Hezbollah, and ISIS. He said that he is hopeful for significant progress in Middle East peace.

“Mr. Trump condemned anti-Semitic incitement and condemned any type of slander or hatred. He promised to protect the Jewish community and every community facing violence.

“As opposed to similar calls in other years, no one from the Jewish community introduced or thanked him, and the president took no questions. The call lasted for about 5 minutes.”

The non-Orthodox clergy representing the Central Conference of American Rabbis, the Rabbinical Assembly, the Reconstructionist Rabbinical Association and the Religious Action Center of Reform Judaism did not participate in the traditional conference call with the President. 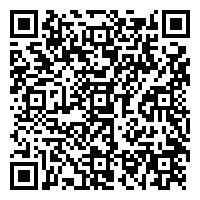