Who’s your most valuable player in the American League?

Aaron Judge had great numbers, batting .284 with 52 home runs and 114 runs batted in. But he wasn’t consistent. The Yankees’ right fielder struck out 208 times in 542 at-bats, the highest in the major leagues this year, and set a new strikeout record for rookies.


During a 44-game stint after the All-Star break, Judge batted only .179 with seven home runs. He rose up during the final month, however, batting .311 with 15 homers and 32 RBI.

The second baseman of the Houston Astros led both leagues with a .346 batting average. Altuve, the smallest player in the major leagues at 5-6 (and that might be stretching it a bit), some 13 inches shorter than Judge, led the American League in hits with 204 and struck out just 84 times. And Altuve had 48 more at-bats than Judge.

In seven major league seasons, Altuve has led the American League in hits four times, in batting average three times, and enjoyed four straight 200-hit seasons. Altuve showed he’s the complete package by hitting 24 home runs and stealing 32 bases. Like Judge, he excels in the field, but by batting 62 points higher than Judge and with 59 multi-hit games, Altuve deserves the title of baseball’s best all-around player.

The Yankees have the talent to make the postseason for the next several years. How deep into the playoffs they go will depend on the starting pitching staff general manager Brian Cashman puts together.

I enjoyed watching the Yankees this year with their young players like Judge and Gary Sanchez. Unlike Judge, who plays a great right field, Sanchez leaves a lot to be desired as a defensive catcher.

I must admit, though, I rooted against the Yankees when they faced the Astros in the playoffs leading up to the World Series. That’s because Houston has my two favorite players: Altuve and third baseman Alex Bregman.

By the way, when Bregman and Dodgers outfielder Joc Pederson homered in Game 4 of the World Series, it marked the first time in my memory that two Jewish players hit home runs in the same World Series game. (Bregman has two Jewish parents and Pederson’s mother is Jewish.)

Here’s another reason I rooted for Houston against the Yankees: The Astros’ spring training complex (shared with the Washington Senators) is only 2.8 miles from my winter shul, Aitz Chaim, located across the street from the Orthodox enclave in Century Village in West Palm Beach. But the Yankees have chosen not to travel to the Ballpark of the Palm Beaches for any exhibition games against Houston or Washington in 2018, disappointing many of us snowbirds, especially Yankees fans.

But my friends who are passionate Yankees fans are really booing the team for what they did to manager Joe Girardi. His contract was up, and the man who managed the Yankees to within one victory of getting to the World Series said he would check with his wife and kids to see if they wanted him to retire or sign another contract.

But general manager Brian Cashman acted first. He wanted more of a yes man, a manager with less intensity. Girardi was shocked, as were his players and baseball fans everywhere.

The New York Mets made news too, hiring Mickey Callaway as their new manager. The 42-year-old former pitching coach of the Cleveland Indians was picked from among several candidates to replace Terry Collins, who at 68 was the oldest manager in the major leagues in 2017.

The Mets ended 2017 with a 70-92 record, 27 games behind the National League East Division champion Washington Senators. Only three other teams in the National League lost more games. Collins had a lot of bad luck, with so many of his good young pitchers plagued by injuries. The Mets’ pitching staff posted an earned run average of 5.01, 28th in the major leagues.

Callaway tutored an Indians staff that turned in a 3.30 ERA, best of all 30 big league teams. If the Mets’ talented pitchers avoid injuries in 2018, the team will certainly post a big improvement over 2017.

No matter who’s managing where, the Houston Astros and the Los Angeles Dodgers are the best teams in the major leagues, as the World Series proved. 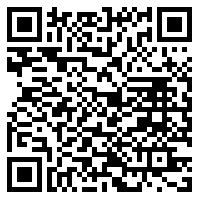