The International Judo Federation appears to have chosen fear and geopolitik — and participation in the international Boycott, Divest and Sanctions (BDS) campaign against Israel — over good sportsmanship.

Israeli judoka Ori Sasso and the Israeli delegation to the World Championships Open 2017 set for Nov.11-12 in Marrakech, Morocco, has been blocked from competing by the host country, which refuses to issue visas to the team. And thus far, there’s been no action by the IJF to change the situation.

Sasson is still listed on the site as a competitor in the upcoming event.

The team was already supposed to have arrived in Marrakech for the open-weight tournament, but has remained in Israel because they were unable to obtain the necessary travel visas.

The International Judo Federation has taken no action in response.

International Judo Federation President Marius Weiser is reportedly threatening to cancel the competition over the issue, according to a report by the Hebrew-language Ynet site, but the statement is not posted on the IJF website and thus far the championship is still listed as taking place.

Among the above list are nations whose leaders have made public statements of support for Israel during visits by high-ranking Israeli leaders. 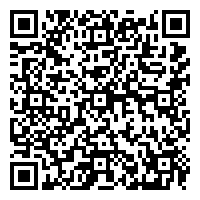