One feels a certain warmth when seeing an old friend or putting on a familiar piece of clothing. Comfort sets in, and a flood of memories flows through one’s body.

You’ll get this feeling when you start listening to Aish, Vol. 3, featuring the voice and compositions of the inimitable Abie Rotenberg. Once again, Rotenberg is singing alongside Shlomo Simcha, and in this album he is also joined by Benny Friedman, Rivie Schwebel, Tzvi Silberstein, and Chaim Yisrael.

This album is well worth the 17-year wait since the release of Aish, Vol. 2. It was lovingly produced by Doni Gross, who practically strong-armed Rotenberg into the recording studio.

The first Aish volume (“aish,” of course, means fire and is an acronym for “Abie” and “Shlomo”) came after Rotenberg had produced several Dveykus, Journeys, and Marvleous Middos Machine albums and Simcha was releasing his second album. The two hit it off and decided to work together. Aish – volumes I and II – were produced, but a third volume never followed. It was Gross’s perseverance that got Rotenberg and Simcha back together, reviewing hundreds of Abie’s old musical ideas to make Aish, Vol. 3.

One song in particular on this album, “Bayom Hahu,” stands out from all the others. Rotenberg told an interviewer, “These beautiful words from Aleinu depict how upon Mashiach’s arrival the entire world will recognize Hashem as king of the world. I don’t know why, but the image of two slightly inebriated Irishmen nursing their beers in a pub entered my mind. Can you imagine their surprise when they observe on CNN the incredible news of the Jewish king’s arrival and how the entire world will recognize his reign and the sovereignty of Hashem over all mankind!

“Now what kind of song would these guys sing when they realize that G-d in Heaven has reappeared on earth? I doubt it will be a Gerer waltz. More likely a rousing Irish Jig, no? So I crafted a melody with that genre in mind. Of course we weren’t going to settle for anything less than an appropriate Celtic infused arrangement to capture that feel….”

“Bayom Hahu” will certainly be the highlight on the album for many. But all the songs are really special. As producer Doni Gross said, “What is so distinctive about Abie’s songs is that they are a perfect blend of simplicity and sophistication.”

The album is available at www.musicofaish.com. 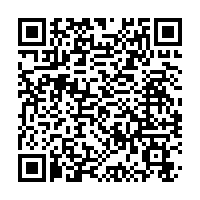