The first time I saw Matisyahu perform he was mesmerising. It was 2006, at the height of his chassidic phase and the then-27 year old singer took the stage at the Jerusalem International Convention Center like a man possessed. Somehow, his black fedora and long black coat managed to advertise “hip-hop rapper,” in addition to “ultra-Orthodox Jew,” and there was no mistaking his passion for both elements of his personality.

Fast forward 12 years, and it is hard to imagine the former visage. Performing an acoustic show for a small crowd in the outdoor atrium at Beit Avi Chai, a cultural center in downtown Jerusalem that aims to address ideas of Jewish identity in the modern State of Israel, Matisyahu’s simple moustache, greying hair and cuts a sharp contrast to the jet black hair, thick beard and flying tzitzit (ritual fringes).


And yet, there is little question that the singer on stage is the same one that electrified the music world a decade-and-a-half ago. At 39 his voice has matured; his younger, chesty vocals have acquired a deep, sonorous timbre that fills his entire torso, seemingly without effort. As a result, classic hits like King Without a Crown and Jerusalem, the two opening songs, set the stage for an intimate evening of music, discussion and reminiscing between Matisyahu, longtime therapist and confident Ephraim Rosenstein, guitarist Aaron Dugan and Daniel Zamir, an old friend from Matisyahu’s yeshiva days who is a well-known soprano saxophonist in Jerusalem.

“When I first came out 15 years ago, I felt a burning energy to prove myself – to do something crazy. At that 2006 show – you remember? – I climbed up the speakers and jumped onto the balcony. I was always trying to do something like that.

“Now, I’m pushing 40, and you start asking yourself: What does a rapper do when he’s 40? Do you choose to recreate what you once did?” Matisyahu told Tazpit Press Service (TPS) following the show. “Because if you’re an artist, you’re an artist, and it’s not like being a salesman. A lot of times people want to connect commerce with the art – there’s a fine line there, and a lot of times the artists themselves become confused when your art becomes your business.

“But a true artist is unable to do anything but the art. So for me, it’s about trying to hone in on the inspiration, what’s inspired me from the beginning and to continue to follow that, even if it changes,” he said.

IRONICALLY – OR, PERHAPS NOT – what continues to inspire Matisyahu is clearly Judaism, or at least Jewish thought and ideas. Or perhaps it is that Jewish, and especially chassidic teachings continue to help him achieve peace in a turbulent world that has include bouts with substance abuse, a divorce and a serious illness for one of his children.

The song list and lyrics of his 2014 album Akeda read like an elegy to frustration and longing, all wrapped in a package of themes from the Torah and rabbinic teachings.

Or Silence: “Got to crush my fantasies of how this life is supposed to be/Bring my broken heart to an invisible king with a hope one day you might answer me/ so I pray don’t you abandon me.” And the references go on and on.

On stage, Matisyahu balked when asked about the difficulties about having been the most “recognisable Jewish face in the world,” and said simply that his religious observance began to fade when he realised that Orthodox practice was not giving him the inner peace he sought.

“A big turning point actually came from you,” he told Ephraim Rosenstein. “I walked into your office in Crown Heights, it was like 100 degrees outside and I was probably complaining about how hot I was wearing a felt black fedora and black suit. You asked me ‘so why do you wear it.’ And all of a sudden I found myself really asking myself: ‘Why am I wearing these clothes?’

“(After that), I started to become more interested in questions and I started to realise that questions led me think more and led me to a much deeper place than pretending I had all the answers.”

EVEN FROM AFAR, it is clear that that inner conflict continues to rumble for the singer. In a brief moment of tension with Rosenstein, Matisyahu poured himself a glass of water and appeared to exchange an embarrassed glance with his old friend before taking a drink without reciting the requisite blessing.

Several minutes later, however, the singer broke into ecstatic prayer while performing Silence, even using the word “Adonai” – Hebrew for “my Lord,” normally not used in Orthodox circles outside the context of formal prayer services, and certainly not without a head covering.

In private conversation, however, Matisyahu said the two moments were not contradictory.

“That moment was the deepest moment of the show, when I started to daven (pray),” he said, “because that’s at the core of who I am. Even if time goes by, if I find myself in that place and I feel myself speaking to Hashem (an Orthodox euphemism for God) – that’s sort of at the core what I’ve always done. And that hasn’t changed for me.” 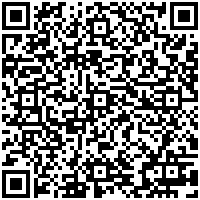