Malka Leifer, a former headmistress at a haredi girls school in Melbourne, Australia will remain in custody and will undergo a second round of psychiatric testing to determine whether or not she is fit to stand trial for extradition, the Jerusalem District Court ruled Thursday.

Leifer, who is wanted for 74 counts of sexual abuse during her time as the principal of the Adass Israel girls high school in the Elsternwick suburb of the city, was ruled to be unfit to stand trial a year ago following a psychiatric examination by the Jerusalem district psychiatrist. However, she was subsequently discovered to be conducting her life in an apparently normal fashion, visiting the supermarket, visiting the post office and more. She was arrested in February, 2018, charged with obstruction of justice, and extradition proceedings began anew.


Victim’s rights groups, as well as Leifer’s accusers, said they felt “incredibly frustrated” by what they called “delay tactics” by defense attorney Yehuda Fried in an attempt to prevent Leifer from being extradited. But they also said that perhaps for the first time, they felt that the case could be beginning to tilt in their favor.

“It’s incredibly frustrating to watch these delaying tactics continue time after time, but we do feel that the case is moving in the right direction,” Dassi Erlich, one of Malka’s alleged victims, told Tazpit Press Service (TPS) via email following the hearing.

“Fried (has) promised to stall and delay this case for as long as possible. We trust that the judge will see through this and expedite the process. Our hope that we will see ML (sic) in an Australian court soon is as strong as ever.

“Every time there is a hearing my sisters and I get together to hear what’s happening in Israel and we expect to be disappointed. The process is slow but we feel that we are getting closer to the end of all this… one step at a time,” Erlich added.

Victims’ rights advocate Manny Waks added that after years of frustration, hope finally arrived when Leifer was arrested in February and charged with obstructing justice for feigning illness in order to avoid trial.

“I felt that from the prosecution’s perspective, the State of Israel is 100% committed to doing everything it can to ensure that Leifer does face justice. So we are hopeful,” Waks said. 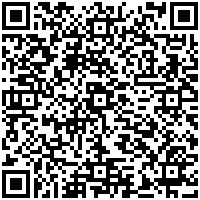