The Golden Haggadah was created in Catalonia, Spain sometime around 1320. So named because all the illustrations are placed against a patterned gold-leaf background, it is a ritual object of incredible luxury and expense. In light of Marc Michael Epstein’s analysis found in his recent book The Medieval Haggadah, this tiny masterpiece of Jewish art easily ranks among other towering works of complex narration including Giotto’s Scrovegni Chapel in Padua and Michelangelo’s Sistine ceiling in Rome.

The text of the Haggadah is prefaced by 8 pages of double-sided illuminations, each side containing 4 narrative scenes. Since the 56 illuminations frequently depict more than one aspect of a biblical narrative, the overall scope of the illuminations is vast. The first 27 scenes are from Genesis starting with Adam naming the animals, the next 26 portray the Exodus itself and the final 3 scenes depict medieval domestic Passover scenes.

Superficially, the selection of these particular biblical stories has no explicit relationship to the Haggadah text that follows, other than in the most general – the stories of Genesis lead up to the Exodus. Epstein therefore insists that more substantive significance will be revealed if we see the illuminations in the light of two medieval exegetical models. “The narrative sequence of the biblical text is expressed via the conventional progression of scenes, corresponding to pshat, contextual exegesis, in medieval biblical commentary. But the moral, theological, and political themes that were important to the authorship and that they wanted to stress are found in the chiasmic [diagonal across the page or pages] readings, corresponding to drash, homiletic exegesis.” What is especially fascinating is that Epstein is linking different sequences of seeing to specific conceptual exegetical models. To complicate matters, these links may be positive echoes or negative contrasts of meaning. This may very well be a totally unique procedure in the analysis of visual art.

Epstein organizes the 56 illuminations on three levels: first the group of 4 found on one page, secondly the group of 8 seen on two facing pages and finally patterns he discerns throughout all the illuminations. In what he identifies as the Bifolium 2 (two pages facing one another), the narrative literally proceeds from upper right to upper left, then back down to lower right and finally to lower left, exactly as Hebrew is read. The subjects chronologically unfold as: Destruction of Sodom, Akeida, Jacob Steals Esav’s Blessing, and Jacob’s Ladder. On the facing page we see Jacob Wrestling with the Angel, Joseph’s Dream, Joseph Sent to his Brothers and Joseph Encounters the Angel in the same zigzag pattern.

Epstein immediately observes the connection between the diagonal of Jacob’s Ladder that continues up through the ruins of Sodom. This chiasmic (diagonal) link contrasts the destruction of the evil city of Sodom with the eventual construction of the holy city of Jerusalem at the site of Jacob’s ladder. In a divergent manner the Akeidah operates as a typology (ma’aseh avot siman l’banim – the events of forefathers foretell the events of later generations) to Jacob’s stolen blessing, each confirming the Divine choice of which son was to carry forward the history of the Jewish people. Suddenly a simple Biblical progression of Lot, Abraham, Isaac to Jacob develops into a nuanced complex commentary about retribution, holiness and inherited divine mission.

Further nuances emerge as Epstein observes that in this page delineating the early Israelite family tree, the right side of each image is dominated by “negative” figures. Lot hastens off with his daughters who will produce Amon and Moab; Ishmael, forefather of the Arab peoples, stands next to the donkey at the Akeida, Esav, forefather of Rome (i.e. Christianity) rushes in on the right and finally at Jacob’s Ladder we see on the right the angel of Esav preparing to attack the sleeping Jacob.

The repetitive flow of angels across the two facing pages yields more insights into the unfolding narrative. On the left-hand page Jacob Wrestling with the Angel is diagonally mirrored by the (non-textual) angel Gabriel guiding Joseph; compositionally 2 figures on the right are placed in contrast to a group of 6 figures on the left. This again echoes ma’aseh avot siman l’banim to show that just as Jacob encountered an angel at a crucial juncture, so too his son Joseph’s fateful encounter with his brothers was precipitated by the direction of an angel. 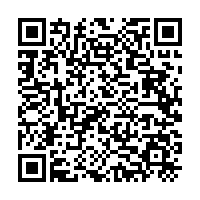