Although the First Amendment protects free speech and press in the United States, there are surely some exceptions, like shouting “Fire!” in a crowded theater or printing libelous or slanderous materials. The bible recognizes even more restrictions. Observant Jews cannot take God’s name in vain, curse their parents, speak ill about their fellow Jews (lashon ha’rah), try to seduce their peers and tempt them to idolatry or a slew of other prohibited forms of communication.

On the one hand, Mill’s statement rings true, and citizens of the Western world can think of very little that is more horrifying than a totalitarian regime that controls the airwaves, or to cite more recent examples, jails bloggers and journalists or censors Google searches.

Alternatively, the bible tells of a large group of individuals silenced for the public good – including Balaam, Korach, the Edenic serpent, Goliath and Pharaoh – and sometimes the public is gagged for improperly trying to censor certain individuals, such as the spies who disagreed with Joshua and Caleb and the multitudes complaining about Moses and the Manna. It seems that if one tries to say something with authority about a philosophy of Jewish speech, one can only say that some forms of speech are protected in certain circumstances.

This is a lesson that 17th century philosopher Baruch Spinoza learned the hard way when he was excommunicated (placed in cherem) for his heretical views by the Jewish community in Amsterdam.

Spinoza is the subject of David Ives’ play New Jerusalem, currently being performed at Theater J at the Washington D.C. Jewish Community Center. While the play enjoyed a much larger and more open space in its 2008 run at Classic Stage Company in New York, where audience members were arranged in a stadium seating configuration, Theater J is a much smaller and more claustrophobic space, where the actors need to ascend the aisles into the audience to create space between themselves. If the Classic Stage trial of Spinoza (then played by Jeremy Strong) was a grand show trial, Theater J’s version occurs in a smaller, more intimate courtroom – an Amsterdam synagogue – which makes the play even more tragic.

To compensate for its smaller space, Theater J gets very creative with its set design and its dismantling of the so-called “fourth wall.” Chandeliers hanging from the ceiling – which follow the interior design of Esnoga, the Portuguese synagogue in Amsterdam – extend into the audience and the front row of spectators sit not in Theater J’s usual chairs, but on a wooden bench. Actors interact with audience members in a rare way and seem to consider them spectators at the Spinoza trial, vying for their support when they cross examine each other. Along the back wall of the stage are a series of stacked benches, which show the scale of Esnoga, but mostly remain empty. This set design decision – which plants Spinoza’s fate in the hands of no-shows – lends the production a Kafkaesque quality. But unlike the complete absurdity and horror of some of Kafka’s works, there is irony in Spinoza (Alexander Strain) who attributes all things, even lost loves, to mathematical causes and inevitabilities, being subjected to such harsh charges.

Judging by their laugher at many of the lines delivered by Valkenburgh (Lawrence Redmond), the representative of the Dutch state; Ben Israel (Ethan Bowen), the delegate of the synagogue administrative body, the parnassim (sustainers); and Mortera (Michael Tolaydo), the audience at the production I watched would have turned Spinoza loose and perhaps punished his accusers. But however funny and witty the script is, I do not think New Jerusalem is a comedy. In a July 1 post on the New York Times culture blog ArtsBeat, Theresa Rebeck wrote on the “perils of being too funny” in theater and one wonders if some of the quips (like jokes about two Jews, three opinions, and gesticulating even while others are talking) detract from an otherwise very serious play about really important issues that remain as contemporary and relevant today as they did in the 17th century.

The New Jerusalem script is everything one would hope for from a just judge actually trying Spinoza’s case. Mortera (played by Tolaydo with more of an Israeli than a Portuguese accent) is both a selfless protector of the community, who is forced by the state to sacrifice his beloved son Spinoza for political reasons, and an arrogant man, who has perhaps grown too comfortable in his position of power and has not fought enough for the rights of Dutch Jews. Ben Israel (not to be confused, as I first did when I saw the Classic Stage run, with Menasseh ben Israel) is performed by Bowen as a bit of a timid fool, though he is also one of the patrons of the community. Valkenburgh, though denounced by Spinoza and others as a stand-in for elements of the Dutch Republic who do not want Jews to be free, has also put his career on the line to protect the Jews. By casting out Spinoza, Valkenburgh hopes to help his friend Mortera and the Jewish community at large.

The script succeeds for its even-handed treatment of its characters (despite their black-and-white judgments), but it could have been fairer to Spinoza himself.

The Spinoza of New Jerusalem is a Romantic and perhaps even close to a Kabbalist, as Ben Israel observes. He makes a point of discussing mathematics a lot, but it is easy to throw out both the baby and the bathwater. Though Spinoza’s accusers are self-interested censors, Spinoza’s own theories (which he is endlessly “still working out”) are not particularly compelling and certainly do not do justice to the emphasis on logic and mathematics in Spinoza’s own writings.

The tragedy of the Spinoza trial, it seems to me, is the tragedy of the rebellious son (ben sorer u’moreh) outlined in Deuteronomy 21. “The wayward son is put to death for the person he is destined to be,” suggests the 11th century French commentator Rashi. “Let him die while he is still innocent, and let him not die when he is liable.”

As a young man Spinoza could not have been poisoning the community that much when his ideas were still percolating, just as the rebellious son (which some say never happened) is still at the beginning of his career. Imposing a cherem is a gamble, just like trying the rebellious son is a risk. In the world of New Jerusalem, Spinoza appeared to have been grossly mistreated and misunderstood. But perhaps a wider scope is in order. He was either seditious, in which case he got what he deserved, or his ideas were brilliant and the cherem forced him to continue to pursue his scholarship. 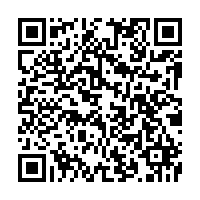