Hurricane Irma made landfall for a second time on Sunday afternoon, in this instance on Marco Island, Florida, still packing a wallop but somewhat weakened from the day-long raging and rampaging through the southern peninsula. At approximately 5 pm the storm was classified at Category 2, packing sustained winds of “only” 115 miles per hour — still a pretty dangerous storm, but nothing like the whopping Category 5 at 155 mph to 185 mph that Irma was just a few hours earlier.

Initial landfall came on Sunday morning in the Florida Keys, barreling in with sustained winds of 130 miles per hour, according to the National Hurricane Center. But it took less than an hour for Irma to bring herself back up to speed – in this case, 155 mph and Category 5 – as the storm raged its way towards the peninsula.


More than half a million Jews — many of them Israeli ex-pats — are living in South Florida.

“Pray, pray for everybody in Florida,” Governor Rick Scott said Sunday morning in a frank appeal for public prayers on the cable network news program, Fox News Sunday, as Hurricane Irma made landfall in the Florida Keys.

The storm came barreling in with sustained winds of some 130 miles per hour but quickly picked up speed and ramped back up to 155 miles per hour, moving back to a Category 4 hurricane as it moved across and up the state. USA Today reported it was classified as Category 5.

Scott had presided over what news outlets called the largest evacuation in American history, with at least 6.3 million Floridians fleeing to safety under voluntary and mandatory evacuation orders.

Another half million Americans were ordered to evacuate in Georgia and South Carolina as well.

Three people have died in Florida so far, including a sheriff’s deputy; one was a truck driver transporting a generator, and the other two were involved in a car crash about 60 miles inland from Sarasota.

More than a million customers were already without electricity, with outages reported in every Florida county on both Florida coasts, east and west, USA Today reported.

Governor Rick Scott had presided over what has been called the largest evacuation in American history, with at least 6.3 million Floridians under voluntary and mandatory evacuation, leaving their homes to seek shelter ahead of the storm.

An estimated 127,000 residents were hunkering down in shelters. Another half a million were ordered to evacuate in Georgia and South Carolina as well.

President Donald Trump was in touch by phone from Camp David with the governors of Alabama, Georgia, South Carolina and Tennessee as well, as Irma moves northwest, the White House said. Trump has maintained regular contact with Governor Scott and Florida Senator Marco Rubio.

The winds from the nearly 400-mile-wide storm snapped two construction cranes in Miami, and sucked the water right out of Tampa Bay, leaving only a goopey sea bed, Fox News reported.

The hurricane made a second landfall in the state, on Marco Island, Sunday afternoon, after having weakened to a Category 2 storm with winds of only 115 miles per hour. But it’s the flooding that is to be feared the most at this point, as it was in Texas.

Meteorologists repeatedly warned that storm surge was the biggest threat, one that would appear after the storm has passed. Naples, on the west coast of Florida, along the Gulf, faces the risk of 10 to 15 feet of storm surge. 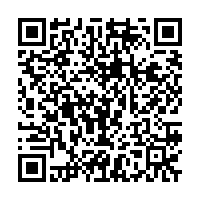